Racing suffered a heavy setback at home and dropped out of the qualifying zone to the League Cup quarterfinals. After criticism for conformism due to the tie achieved against Rivera in Nuñez, the Academy lost 4: 2 to Godoy Cruz de Mendoza and remained undefeated in five games. Juan Antonio Pizzi’s team arrives beaten for the classic next Saturday, April 10 against Independiente.

The goals of the Mendoza team, which won and left the last places after three games, were scored by Cristian Colman -2-, Tomás Badaloni and Sebastián Lomónaco. Tomás Chancalay and Darío Cvitanich scored a goal for the local team, in a match valid for zone A, which was played at the Presidente Perón stadium in the city of Avellaneda, with the arbitration of Facundo Tello, and the television broadcast TNT Sports. 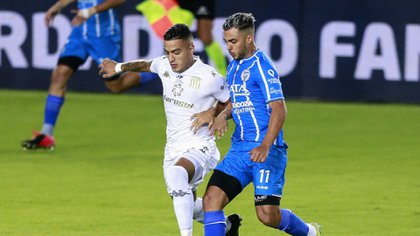 Lucas Licht has scored an impressive goal from 30 meters struggling to be one of the best in the League Cup
This was the goal with which Tevez equaled Riquelme and became one of the 10 best scorers in the history of Boca
With Tevez as the character, Boca prevailed before defense and justice in Bombonera