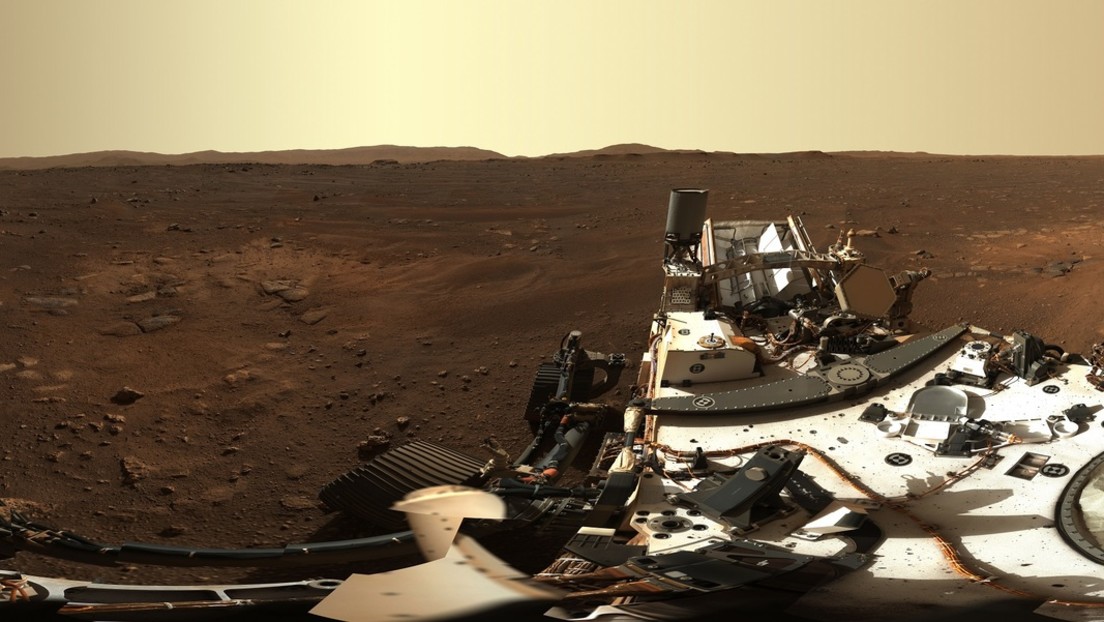 The image allows to distinguish objects up to 3-5 millimeters near the vehicle and 2-3 meters on the horizon.

NASA’s Perseverance mission released a panorama of the surface of Mars on Wednesday, taken in high resolution by its rover, which landed on the red planet on February 18.

As the agency explains in a statement, the image consists of 142 photos taken by the device last Sunday. The high precision of its main camera, the Mastcam-Z, allows it to distinguish objects up to 3-5 millimeters near the rover and 2-3 meters on the horizon.

In the distance you can see the edge of the Lake Crater, where the device is located, and the cliff of the old river delta. Mastcam-Za lead developer Jim Bell highlighted a good landing point selection for future scientific work on the rover.

“We are in an ideal location, where you can see different features, similar in many ways, to features found by Spirit, Opportunity and Curiosity,” the engineer said.

A few hours later, the mission published a photo of the impact in the descent phase, which happened as planned.

“A moment of respect for the landing phase. Within two minutes of taking me safely to the surface of Mars, I caught one of my hazcams [cámaras auxiliares] a plume of smoke from a deliberate impact on the surface, an act that protected me, and the scientific integrity of my landing site, ” tweeted NASA from the name of the device.

If you liked it, share it with your friends!