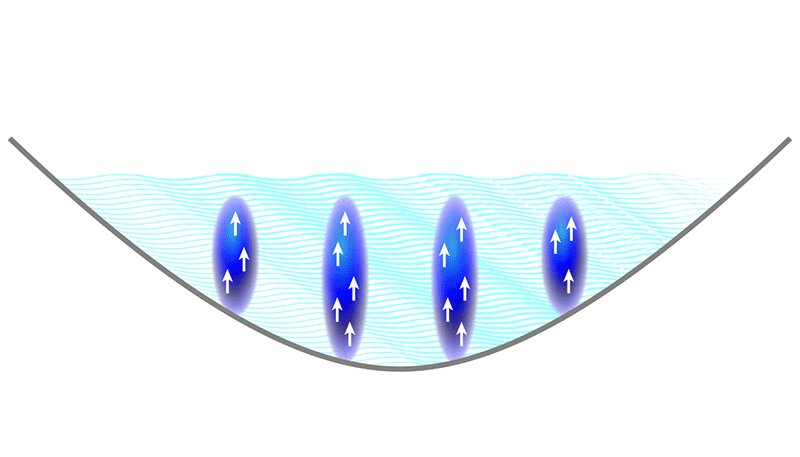 Supersolids are theoretical materials with atoms that are arranged in the spatial crystal period but are able to flow like liquids when exposed to extremely cold conditions. In essence, these are solids that can flow like liquids. Due to their unique features, the researchers tried to create them in the lab, but they have not been successful so far. In these three new endeavors, all three teams claim to have used theory and experiments to demonstrate dipolar quantum gases that can support the state of supersolid properties – all three teams have achieved it using Bose-Einstein Condensates (BECs), which are particularly superfluidic.

Most of the efforts to create supersolid have begun with attempts to superfluid into the crystal structure while retaining its ability to flow – but such efforts are not cured. In 2003, the two team of researchers suggested the idea of ​​atomic interaction engineering through a long-distance dipolar connection – the idea he promised but still did not lead to the creation of supersolid. All three teams in these new efforts base their efforts on this idea using BECs because they have naturally strong magnetic dipole moments that are believed to be a necessary part of creating supersolids.

All three teams worked on the idea that dense "drops" would be molded in BEC under realistic conditions, where only real interactions would result in coherence between the droplets, enabling the crystal structure to develop – as long as the flow properties of the original BEC are maintained.

Two teams, those who led Modugno and Pfau, used isotypic dysprosium-162 in their work for the repulsive forces dominated by dipolar interactions. The third team used two other isotopes, disprosium-164 and erbium-166 due to their dominant dipolar interactions. At the end all three showed that dipolar gases can be used to demonstrate supersolid properties in the material.