Two earthquakes in the Chilean coast were mildly observed in Mendoza. The first of them took place on Sunday 7.52, it had a magnitude of 5.1 degrees and a depth of 10 kilometers, with an epicenter in the Pacific Ocean.

According to the National Institute for Seismic Prevention (Inpres), the epicenter of the seismic movement was on the Chilean coast, 352 km west of Mendoza and 129 kilometers southwest of Valparaiso. 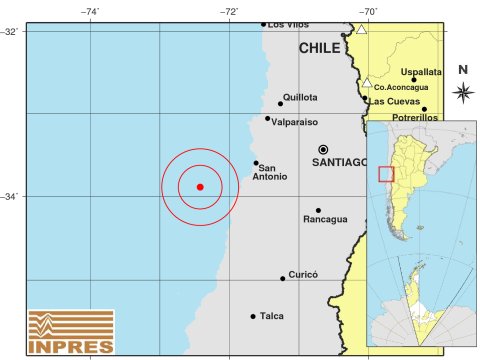 The earthquake has provoked concern, but Chilean authorities have confirmed that "it does not meet the necessary conditions for creating tsunamis on Chile's shores".

SHOA points out that the 5th quake at 92 KM in San Antonio does not meet the necessary conditions for creating a tsunami on the coast of Chile. More info https://t.co/r4IfR3uDDH

The last one happened at 9.20 am (Argentine time) in the same area. It was deeper (45.1 kilometers) and smaller (4.1 degrees) compared to the first one. 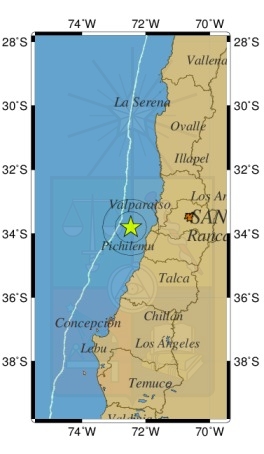