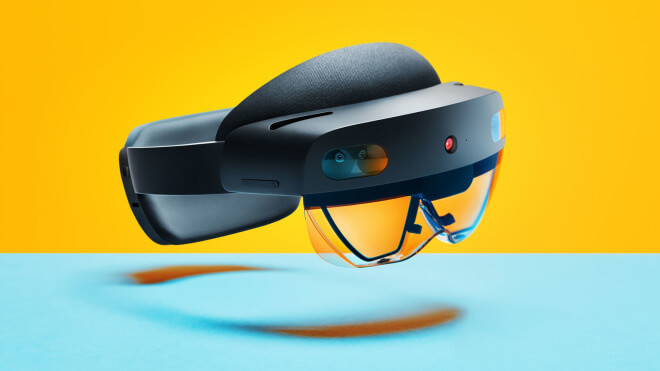 A few good newspapers would probably like the HoloLens controversial military agreement in Microsoft – so the group now urged journalists to look at the project better. The CNBC American channel has now released an interesting contribution.


Microsoft has commissioned the construction of new IVAS handsets of the US Army. IVAS is an abbreviation for the Integrated Visualization System. These handsets are based on HoloLens 2, which was unveiled at the beginning of the year, and now the US military has enabled US CNBC television to display this new equipment and get the idea of ​​HoloLens performance when using their headphones. CNBC rapporteur Kyle Walsh was on the go with his colleagues to test the system and was allowed to try for military deployment adjustments. This includes various views that provide soldiers with environmental information, such as maps and compasses.

As the military plans to use Microsoft high-tech HoloLens glasses at the battlefield https://t.co/0dwUd9WyKS

To describe it, Walsh dared to compare with the famous first-hand Call of Duty shooter. He feels with IVAS as in the "real world version of Call of Duty" offsets. Such a comparison should not satisfy those who are so responsible – because those associations, with HoloLens's "war game", contained too much discussion and criticism in Microsoft.

In CNBC, soldiers who already had the right to test the system were also talking. This includes Elite Special Forces officers who spent two weeks at IVAS Fort Pickett training for teams of five. They expressed their opposition to the CNBC by being pleased to receive a "big" technical upgrade for their equipment with new handsets.

Possible after-train analysis is particularly valuable as they have demonstrated a summary of accuracy and performance after practice. "This system is the next stage in the training and future of mariners," one of the soldiers said.