The hunt for the record continues: the price of bitcoin climbs to $ 30,000 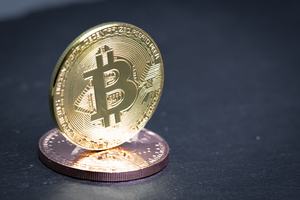 After Bitcoin reached a new all-time high in December, so that the old high of about $ 19,700 in 2017 was exceeded, and a few days later even the $ 20,000 limit was apparently broken, the most famous cryptocurrency soared during Christmas and The new years continued and constantly set new record levels.

On Saturday afternoon, the digital currency finally crossed the $ 30,000 mark on relevant crypto exchanges, making it more expensive than ever. The price of bitcoin has climbed more than $ 10,000 in just the last two weeks.

At the start of the crisis in Corona in mid-February, the price fell by more than 50%, in March the value was about 4,900 US dollars. Meanwhile, the price has risen more than six times, in some cases the price has risen by 100% within a few days. Large investors have repeatedly exploited phases of weakness, constantly securing new highs, and also bringing market capitalization to new record highs – the big drop from 2017 seems to have been forgotten. Back then, the price was mostly driven by small investors – now it is also supported by many large companies like PayPal and institutional investors.

Despite the new highs, very few Germans invest in cryptocurrencies. According to research by the digital association Bitkom, most German citizens are skeptical about Bitcoin and other digital currencies. For two-thirds of those surveyed, the concept was simply too complicated or suitable only for speculators hoping for a rapid rise in prices. However, for 30% of respondents, cryptocurrencies are a safe alternative to the established monetary system. Among younger survey participants between the ages of 16 and 29, the figure is 43%, which means that acceptance is higher.

Approximately one in four respondents believes that cryptocurrencies are suitable as a long-term investment. Only about 2% has already been invested.