The temperature will rise even more, the cold wave comes after 7 days The temperature rose a little towards the end of Poush. This trend of decreasing winter can continue for the next 7-8 days. The meteorological department said the cold wave was likely to start after that.

Wednesday, 22. Poush. The play of the sun in the deep blue cloudless sky almost all over the country. Asked why winter is not increasing at this time of year, meteorologist Abdur Rahman Khan told Jago News that due to the influence of westerners (western light pressure) it is raining in winter. Then the temperature drops more. But this time nature did not create the conditions for that rain.

He added that light western pressure is being created in the Mediterranean. It then comes to our country via Pakistan, Afghanistan, India and the foothills of the Himalayas. For us, there is a flow. This time it wasn’t strong. He went to Delhi but did not come to Bangladesh. So there is no rain this winter. 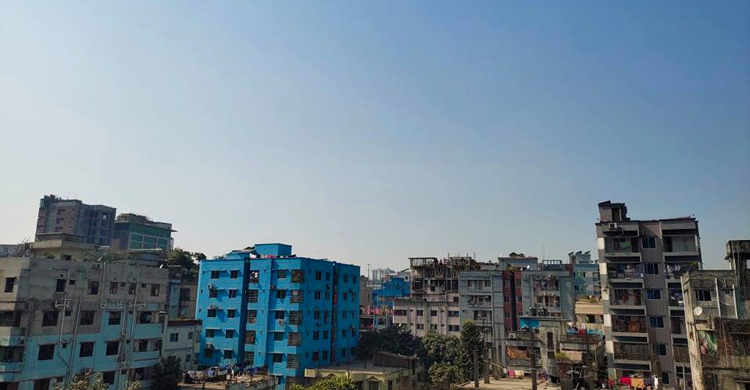 The meteorologist said light clouds were seen in the Rangpur region, where light rains are forecast. However, it is more likely that there will be no rain.

He added that the onset of cooling could start on January 12 or 13 at the end of next week in one or two places, especially from the north. After about a week the temperature will drop and a cold wave will begin. Until then, the temperature will rise little by little. It can suddenly decrease and increase again. But there will be no change.

The weather forecast for the next 24 hours from Wednesday at 9am said the weather across the country could be mostly dry with partly cloudy skies. However, there is a possibility of light or rain in one or two places of the Rangpur division. Light to moderate fog can fall across the country from midnight to morning.

The Corona virus changed our lives. Time passes in joy-pain, crisis, anxiety. How do you spend your time? You can write in Jago News. Send it today – [email protected]