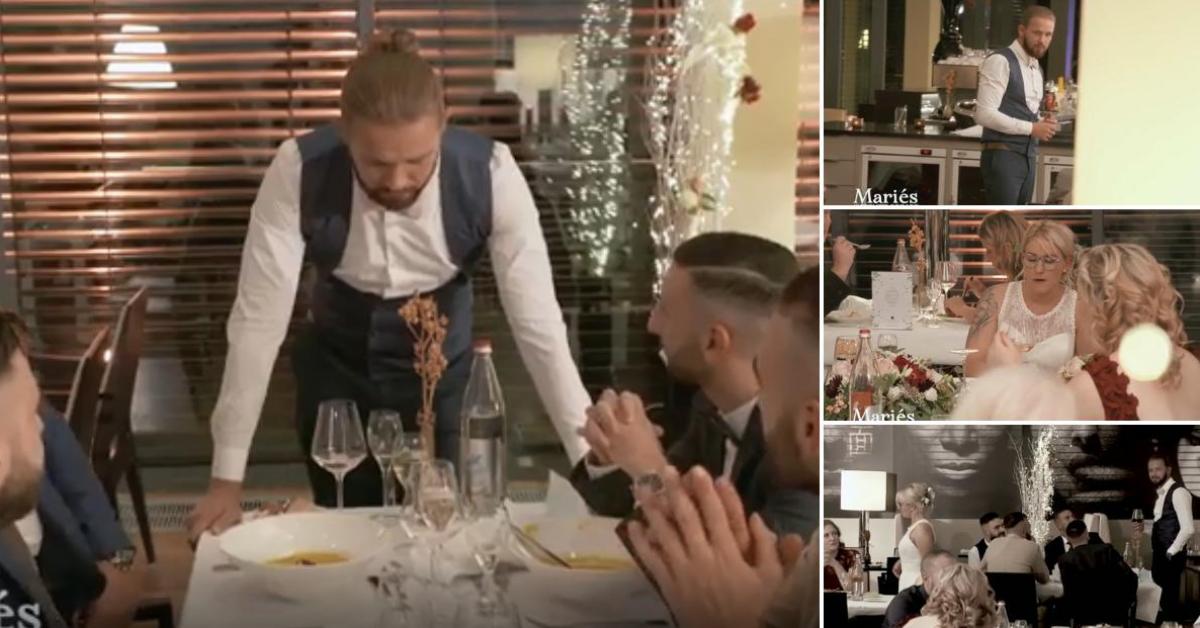 Although he had just said “yes” to marry the woman he had just met, Manageois Junior spoke to his friends to say he regretted this choice. Surprising words.

This Sunday, February 28, RTL-TVI aired the third episode of the new season of “Married at First Sight,” a great love experiment in which experts bring together people who share a high rate of compatibility. In this episode, the emphasis was on the marriage of Junior and Manon. Manageois and Ecaussinnoise said “yes” to the mayor after a long wait.

While everything was going perfectly and the newlyweds joined their loved ones to celebrate the event, Junior suddenly made a face around his friends. “I’ll be honest with you, it’s not my feminine style at all,” said the young man, who has always reassured in front of experts that he can transcend the physical. “It’s out of the question, it’s out of the question, brother. It’s complicated to say no, I didn’t dare. What really made me say that was that you were all here. That only made me say yes. If there was no party afterwards, I would say no “, he continued.

“I was hot in the Ferrari”

Surprising statements, especially since in front of his new wife and family the latter showed nothing. Comfortable, smiling, easy to discuss, outgoing with those close to Manon … Junior had it all about the perfect husband. But in reality he was overwhelmed by the experience as he explained to his friends. “Now we are going on a journey, we will take it upon ourselves. We’ll do what we have to do there. If we had to take the lead, we would never do it in front of the camera. The whole of Belgium will be watching us. They are a million viewers. I was hot in the Ferrari, I knew full well no one would tell me no. When I said yes, I was hoping he would tell me no. “

Words that surprised experts who tried to convey words to this amazing change in behavior that shocked more than one viewer of the show. “He tried not to lose face in front of his friends, not to lose that manhood, he will clumsily explain the reasons why he said yes. The problem is that lying or lying to yourself sometimes means risking harm anyway. It’s a backup for a better jump, ”explains Jean-Luc Beaumont, MD and couples therapist.

Will the experience bring an unexpected turn to this alliance? The next few weeks will tell.