Stopped in Strasbourg, PSG will have to wait for the title 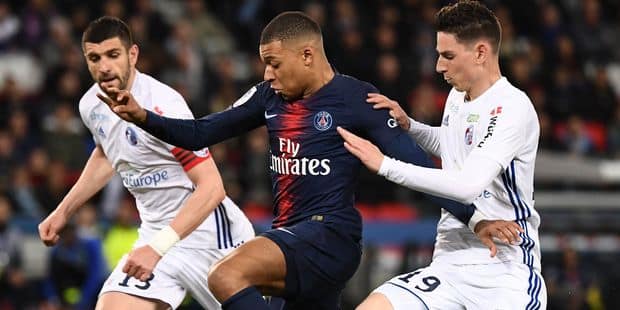 PSG will have to wait for the title of France's Champions League: leader L1 neutralized Strasbourg (2: 2) at the Parc des Princes, while on Sunday he should win.

It's just handing over to Paris: the draw will be enough next Sunday in Lille to keep its national crown. It's just the third draw in the L1 Paris season, the second against Strasbourg.

The unexpected Eric-Maxim Choupo-Moting was the man of the match, for better or for worse. He scored 13 minutes for PSG. But he is also the one who stops at the goal line in Strasbourg, in a completely unrealistic way, the balloon of his partner Christopher Nkunku (28). "Sorry," he said at the end of the Canal + microphone match.

Immediately before this incredible failure, Nuno Da Costa from Strasbourg equalized 1-1 (26th). Then Anthony Gonçalves doubled the score for Alsat (2-1, 38). Thilo Kehrer equaled 2: 2 for Paris late in the game (82).

Spectators on Sunday at the Parc des Princes had a great surprise. PSG coach Thomas Tuchel decided to leave Kylian Mbappé, 27th best goalscorer L1, on the bench as he "played the last nine games 90 minutes," according to Canal + comments.

His face frozen on knitted Choupo-Moting has become virulent on social networks. Mbappé came in for the second half, but could not score despite high class goals.