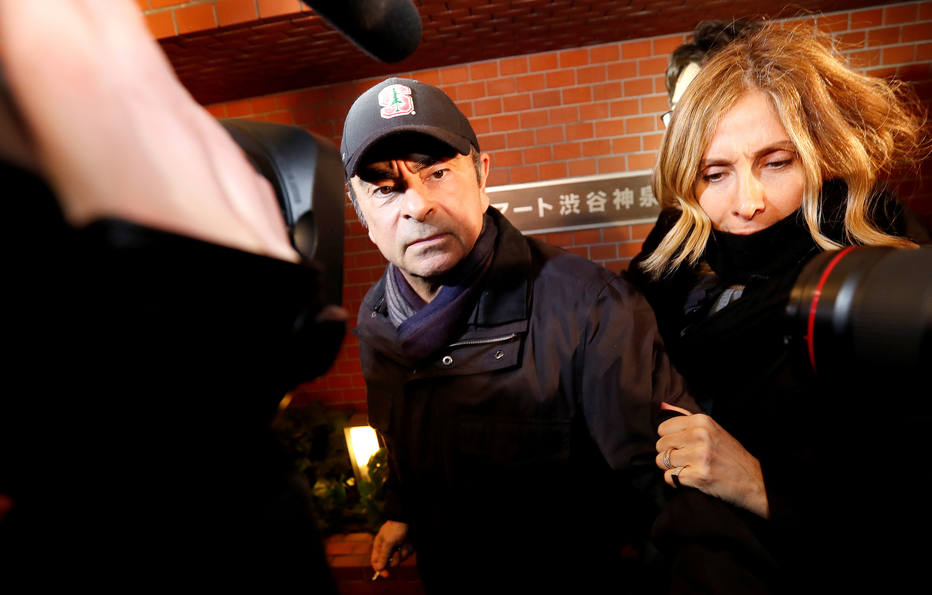 The wife of the former president Renault-Nissan, French-Brazilian Carlos Ghosn, left Japan after closing a new husband because she felt "in danger," she told the French newspaper. Le Journal du Dimanchethus avoiding testimony before the Japanese courts.

Japanese prosecutors wanted to question Carole Ghosn, according to various Japanese media, including the news agency Kyodo, who said that the values ​​allegedly being redirected by the former director. t Renault-Nissan he could go through the company he was running.

Ghosn was again arrested last Thursday in. t Tokyo because of new suspicions of financial embezzlement, a month after it was released with the bail.

Carole Ghosn, who was present when he was arrested, said he had returned to France despite the fact that the Japanese police had taken away his Lebanese passport. The woman said she used her other passport, the American.

"The French ambassador followed me to the airport. He did not leave me alone until I arrived on the plane," she said. "By the last second, I did not know if I would let me go."

The woman also stated she refused to sign a document in Japanese during her husband's arrest. "They wanted to take me back with me later, and my lawyer advised me to refuse," Carole Ghosn added.

Carole told the newspaper that her husband had recorded a message that "he is responsible for what is happening to him, and that will soon be passed on."

Ghosn. who spent 108 days in jail, announced the day before that he plans to hold a press conference on April 11 to "tell the truth about what's going on".

"When he realized he would be arrested, he made a Skype interview for TF1 and LCI," explained Carole Ghosn.

French Foreign Minister Jean-Yves Le Drian said on Saturday he asked his Japanese counterpart to guarantee the right to consular protection and presume the innocence of the former president Renault-Nissan.