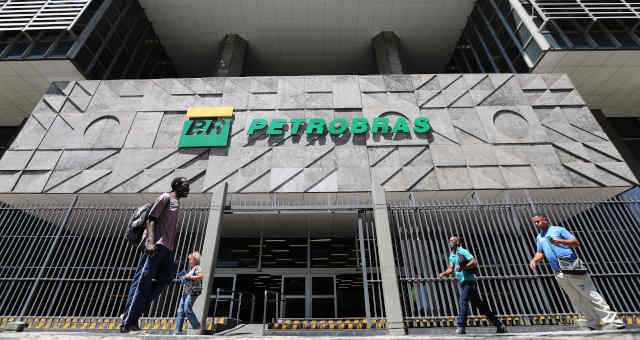 An association representing minority investors Abradin will introduce itself Securities and Exchange Commission (CVM) on Wednesday, a representative office seeking an investigation into the operator who allegedly committed suspicious stock movements Petrobras (PETR3;PETR4) in the options market, the president of the entity, economist Aurélio Valporto, told Reuters.

According to the president of the Brazilian Association of Investors, the operation would take place between a meeting in Brazil where the president of Petrobras would leave, Roberto Castello Branco, and an indication of the general Joaquim Silva and Luna to take control of the company.

The operator bought a significant amount of options from the oil company, betting on a drop in shares of the state-owned company.

That operation could have brought in about 18 million reais, which had never been listed on the Sao Paulo Stock Exchange before, according to economists.

“It is already very clear that there were crimes and there is evidence of all that. Society and the judiciary must understand that this is theft. “They are the people who win and, if there is no punishment, the credibility of the market is undermined and we will never have a source of funding for the state,” Valporto told Reuters.

“The option operation had everything to turn to dust, but whoever did it, bought 4 million options, knew it would fall even more. There is no doubt that there was a leak on the stock exchange in Petrobras, which is a crime of ‘trading from within’. “

Preferred shares of Petrobras, which fell 4% in mid-Wednesday afternoon, have fallen 22.7% since February 19th.

Advocacy to CVM is the first step toward a deeper investigation of the case.

Abradin’s expectation is that the case will be investigated and forwarded to the Public Prosecutor’s Office for a future dismissal offer against the protagonist of the action.

“CVM is the first step, not only because it knows all the operations that take place on B3. We hope that CVM will be satisfied and, if he and the MP do nothing, we will do it in court, as we did with Eike, ”Valporto said.

Entrepreneur Eike Batista, who was among the richest people in the world, was convicted in February Rio de Janeiro to nearly 12 years in prison for financial market crimes. Eike was given six years and eight months in prison and fined nearly 409 million for the crime of “trading from within”. There is still an appeal.

The municipality also said it “does not comment on specific cases”.

B3 informed that this will not manifest either.