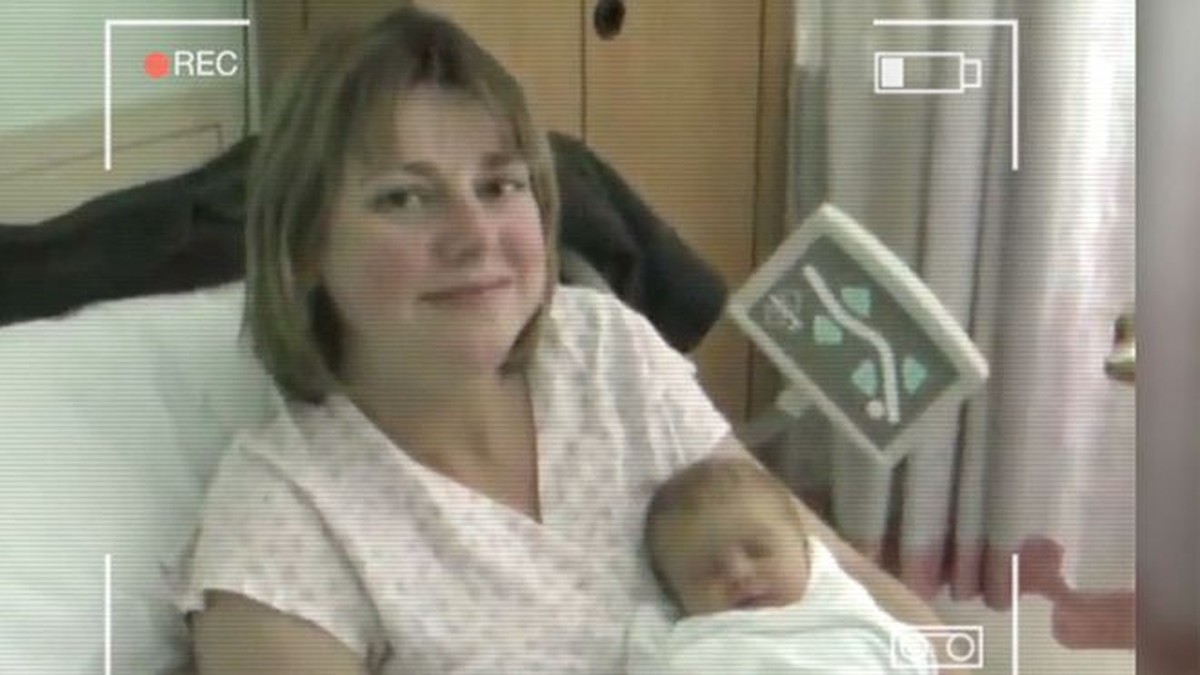 For British Kathryn Berrisford pregnancy was not tough. In her case, the challenge was to finish pregnancy.

At age 33 he had four abortions and no doctor could tell her why.

"The recommendation was to keep trying," she told BBC News World.

Since she worked as an embryologist at the Fertility Clinic, Kathryn asked her colleagues to help her.

A series of tests showed that she and her husband, Joss, had the same type of specific antigen in the immune system.

That is why she says, "My body did not see the sperm of an embryo as an alien (for my body) and it meant that pregnancy did not progress."

The next step was to get Joss's blood, isolate his white blood cells in the lab and inject them into Kathryn.

"So, the next time the eggs and sperm were merged, my body realized that the embryo was a different body and that it caused the pregnancy process," he explains.

Basically, "they made me allergic to the sperm of my wife to get pregnant".

Kathryn was subjected to this procedure in August 2004. Her daughter Mae was born in perfect health in 2005. Soon after she gave birth to her second child.

However, the treatment that Kathryn describes and thanks to which he could imagine, after four unsuccessful attempts, surrounded by controversies.

Known as lymphocyte immunotherapy (IPL), this method for treating women suffering from recurrent abortion without a known cause is forbidden by the Food and Drug Administration, the US health agency. It is also not recommended by WHO and the National Health Service of the United Kingdom (NHS).

In Brazil, the Federal Medical Council in 2016 found that "aloimmunization or immunotherapy with stage lymphocytes for recurrent abortion is an experimental procedure and can only be carried out in research protocols, according to CEP / CONEP rules."

Restrictions in treatment mean that many Americans eventually travel to Mexico and other Latin American countries.

As Kathryn explains, the procedure is to inject into the mother a series of injections made up of the white blood cells of the future father.

"Mother receives antigens from her father, who will be part of the baby, and this causes a reaction in her immune system to accept pregnancy," explains Marcelo Cavalcante, a researcher at the Department of Obstetrics and Gynecology at Fortaleza University (UNIFOR) and co-author of the study on this subject .

Although injections are given prior to pregnancy – preferably intradermally, the procedure may be repeated three to four weeks during pregnancy for the immune response to be active, Cavalcante adds.

Their cost varies from country to country, but pre-pregnancy immunizations usually cost around $ 1 thousand. In cases where more injections are needed during pregnancy, the patient may need to allocate another $ 1,500 ($ 5,800).

However, critics say the treatment does not have enough scientific support and carries the risk of infection.

The FDA cites a particularly extensive research conducted in 1999 by the Ober Laboratory University of Chicago, USA, which concluded that the procedure does not reduce the risk of abortion.

"Although we have noted positive reports in some individual cases, widespread analysis shows that there is no benefit (with treatment) .In addition, it involves potential risks, which is why the FDA banned," says Alan Penzias, Harvard Medical School (USA) and director of the American Society for Reproductive Medicine practice, another organization that opposes IPL.

For experts, it is not about selecting studies that support a certain methodology, but looking at the entire scientific literature on this topic to come to a conclusion.

On the other hand, the recurrence of pregnancy is a problem of multifactorial origin, Penzias adds.

"There are countless reasons and so it is difficult to study some of the therapies used in these cases."

However, for Raphael Stricker, experts at the Alan Beer Medical Center (a pioneer in the development and use of treatment), the ban on IPL therapy in the United States is more politically than a scientific issue.

"The method increases the success of pregnancy from 30% to 80% in women with repeat abortions, which is very effective from our point of view," he told BBC World.

"It happened that the patient had a negative reaction to treatment, and since he was a friend with a leading healthcare reporter, he regretted his experience. She sent a report to the FDA, saying it was a dangerous treatment and then the FDA commissioned the study to investigate the procedure, "says Stricker.

The study Stricker hints at is the University of Chicago study mentioned earlier in this article.

According to experts, the study made a key mistake: they used white blood cells from the previous day instead of freshly harvested, which caused their components to be inactive.

"Based on this information, the FDA has concluded that there are no compelling evidence to support the efficacy and safety of the treatment, and noted that it would only approve it when two studies in the United States put that evidence on the test."

Since there is no incentive for these studies, which cost millions of dollars, he says, the method remains unlawful, and many countries are reluctant to contend with the US body's guidelines.

In addition to the Chicago study, the first meta-analysis published by the Cochrane Library in 2001 – the most important source of meta-analysis – has also not found evidence of the benefits of the method, Cavalcante explains, who, along with other scientists, tried to convince the FDA that during 20 years of experimentation with this nor did they notice any negative effects.

According to Cavalcante, the treatment should become available in Brazil but suspended in 2016 after the Zika virus epidemic.

Another IPL advocate is Amin Gorgy, MD, co-director of Fertility and Gynecology Academy in London, and one of the few professionals offering such treatment in the UK.

Gorgy admits that the success of IPL is difficult to measure in percent based on the number of factors that come into account in the loss of pregnancy and admits that the evidence of his benefits is unclear.

However, he notes that the alleged risks associated with treatment are unrealistic.

"The risk is not greater than any vaccine we have given to prevent infection," he told BBC World.

Kathryn wants to share his story with other women – Photo: KATHRYN BERRISFORD / BBC

"If you use a flu vaccine or any other vaccine, the risks are almost the same."

For Penzias, regardless of the low risks, "if treatment is not effective in solving problems, the risk and benefit relationship ends unbalanced."

Despite progress in research, the area of ​​reproductive immunology remains a complex field.

But for those who, like Kathryn Berrisford, managed to start a family after countless and painful losses, try and try, as their doctors suggested, there was no solution.

Therefore, with two children now achieving adolescence, Katheryn continues to share his story so that other women have access to information about this therapy that few people know and recommend.