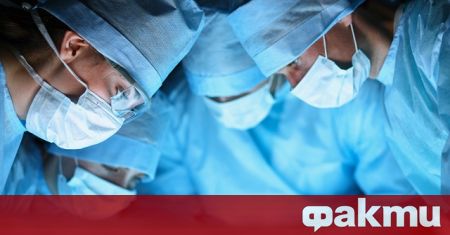 Muscle aches, fatigue, kidney failure, depression – a new study shows that two-thirds of the seriously ill COVID-19 suffers from its effects half a year later.

Coronavirus leaves a lasting mark on health – one way or another. New research shows that even those who have survived an infection and are officially considered healthy are not always well. They suffer from muscle pain, fatigue and mental disorders such as fears and depression – these are the most common long-term consequences of the infection, scientists write in the authoritative medical journal “Lancet”.

Their data show that six months after the end of the acute phase of the disease, about two-thirds of patients treated in the hospital still suffer from subsequent symptoms. “Our analysis shows that most patients are still affected by coronavirus infection after discharge from the hospital, which requires special care and rehabilitation after discharge, especially for those with severe infections,” said Bin Cao, one of the authors. studies.

The researchers studied 1,733 people discharged between January 7 and May 29, 2020 from a hospital in Wuhan. People were on average 57 years old, most of them needed to breathe.

Patients were re-examined after discharge between mid-June and early September last year, and researchers found that 76% had at least one remaining symptom.

63 percent said they experienced fatigue and / or muscle weakness, 26 percent had trouble sleeping, and 23 percent suffered from fear or depression. Researchers have found that women suffer from mental illness more often than men.

In addition, laboratory tests showed that 13% of patients whose kidneys were functioning normally during their hospital stay had kidney damage during re-examination.

In patients receiving COVID-19 in a particularly severe form, even a few months later, impaired lung function and insufficient oxygen supply were found.

Weaknesses of the study

The work of Chinese scientists is covered by the results of other previous studies on the long-term effects of COVID-19. However, the Chinese study also has some weaknesses. For example, the proportion of patients studied with chronic lung and heart disease is relatively small. And the data for these people are not based on medical examinations, but on the testimony of the patients themselves, whose estimates are sometimes inaccurate. Another drawback is that no studies have been conducted on people who have had the disease in a mild form.

“This fact could distort the perception of the number of people suffering from long-term consequences after COVID infection,” said Jordis Fromhold, chief physician of the respiratory department at the Median Rehabilitation Clinic in the German city of Heiligendamm.

According to Fromhold, along with patients who passed the infection almost imperceptibly and then are in excellent condition, and severe cases that had to be admitted to the intensive care unit, there is a third group. “They transmit the disease more easily, stay in the hospital for only a short time, and then have symptoms for a period of one to three months.”

Fromhold points out that the most common residual symptoms she noticed in her patients were fatigue and muscle weakness. However, the doctor also had patients who complained of neurological problems, joint pain and hair loss. Everyone was insecure – they didn’t understand what was happening to them.

The Heiligendamm Clinic currently treats patients between the ages of 30 and 65 who are in rehabilitation. Chief physician Fromhold says most of them never manage to recover from the infection and return to working life.