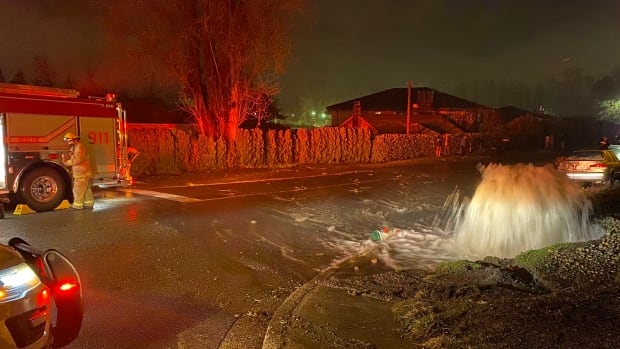 The Burnaby RCMP says it will recommend charges against a 61-year-old man who crashed into a fire hydrant, flooding two houses on Royal Oak Avenue and Marine Drive.

The RCMP said on Twitter that alcohol is suspected to be a factor.

The man fled the scene and refused to give a breath sample. He is now in custody.

Burnaby firefighters were on the scene to reduce flood damage.