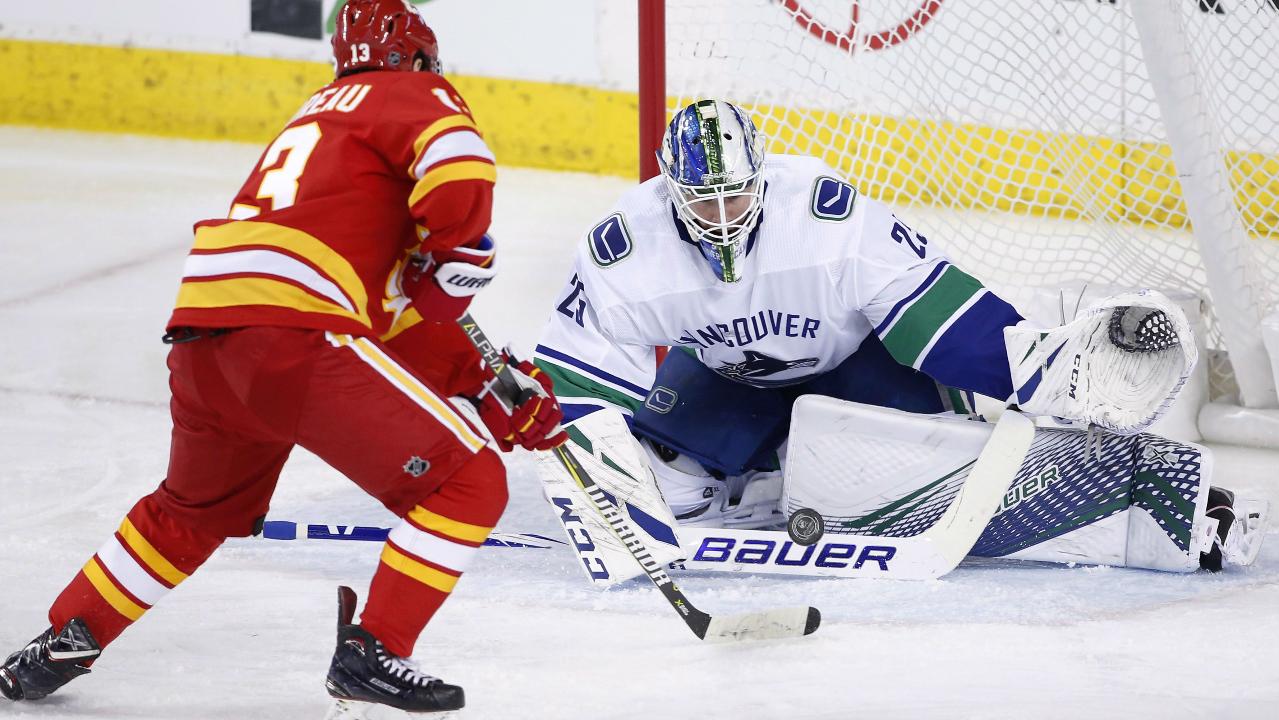 KALGARY – A few days ago, Sean Monahan was on ice and a very close witness and participant of the show Johnny Gaudreau – a man named Johnny Hockey, achieved a hat-trick, and against Winnipeg Jets at the West Conference, no less,

But on Saturday night, Monahan, the Calgary Flames center, hit us with a little different reality.

"It's hockey," he said, with a straight face after 3-2 lost overtime against the visiting Vancouver Canuck. "It's not easy to hit."

Well, certainly not for Calgary on Saturday – unless you count when they were short. Yes, though the Flames dominated the parts of the game, and especially the beginning of the second period when it looked like Vancouver was short-handed (they were not!), Calgary could only light the lamp just as the man fell.

How do you explain this?

"I do not know," Monahan said. "Obviously, the PK is doing a good job."

Well, yes, and Calgary has won the penalty, that would be the story of the game for these Flames. After winning 4: 1 win over Winnipeg, they fled on Saturday with just one point, but that was not a lot of comfort. And by doing the things in the locker room you really could not say that the Flames are now at the top of the Western Conference, though Jets have a game in their hands.

Vancouver's first goal came from one of his usual suspects when Brock Boeser played one of Rittich's power play. Flames replied not later than then in the second, when Mark Jankowski scored his fourth goal in the season (he led the league) and sixth in all. Get into jumbo fire flames.

The flames thought they soon reached 2-1, and there would be no early whistle – he thought the huge goalkeeper Vancouver Jacob Markstrom (who was six and six) had control over the pack, but Mikal Backlund he stabbed him in the house and even worshiped when Banana was leaving Saddam. But the goal was interrupted because of the earlier whistle.

"They are obviously the best refs in the world," said Travis Hamonic, Defender Flames. "You will not agree with all the calls, or with a large number of them – that's something you have to fight – there are two teams that are likely to complain about refs and the like, so you will be on the good side of some calls and you will be on the wrong side , and that is the nature of the season and how it goes – but they certainly get a tough job and try to do the best they can.

Hamonic gave the Flames a real trace, about half a second. He achieved two seconds of remaining power in Canucks, leading an unusual hustle and finding a distant corner. Then the DJ put it in the beauty of MC Hammer, I can not touch it, because the teammate is called Hammer. Nice touch. And, of course, more flames of fire.

But the fun was short-lived. Although the Flames had a chance in the other, then came – probably you did – Elias Petterson, to spoil the party. The Swedish novelty feeling collapsed its off-wing and absolutely lasered one in the far corner. He hit the net and drove so fast that you wondered if he came in, but then you know he is, because … Petterson.

And so, while Calgary earned a point to win over Jets, after the tear-off at the beginning of December, the end of the month was far less spectacular. The win over Winnipeg interrupted a series of three defeats.

The good news is that Flames have the chance to finish 2018 on the winner's note, with the New Year's Saddledome planned for San Jose, and if you ask coach Bill Peters, they will ring the heels of good performance in 2019.

"I think our start was very good," he said on Saturday. "… We skated much better tonight than we did in Winnipeg, and I expect to be on a better slider on Monday and more."

If Flames do that, then maybe hockey will not be that hard, and goals are so difficult to come by.