Jesper Kotkaniemi did not attempt to hurt Elias Pettersson deliberately 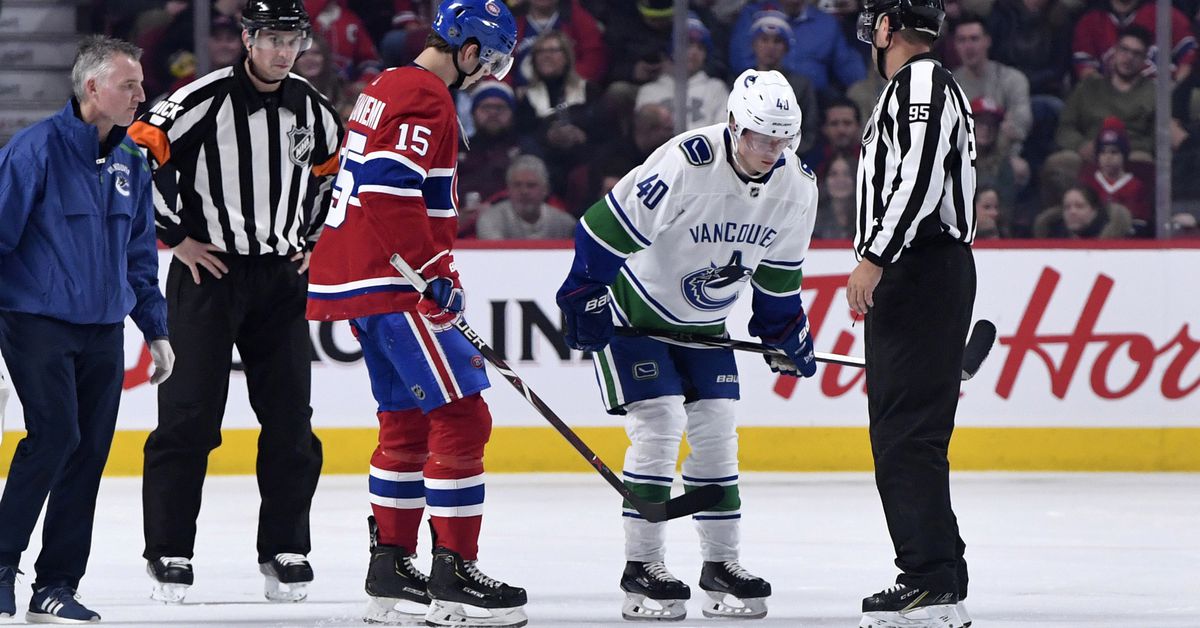 Montreal Canadiens started in 2019 with 33-year Carey Price slalom and beautiful Jonathan Drouin goal. However, the biggest story in the game was the injury of Canadian wunderkind Elias Pettersson, who left the game after an incident with Canadian Jesperi Kotkaniemi.

The two fought side by side, where Pettersson gave Kotkaniemi a solid check that shook the Finnish novice. Kotkaniemi then retracted Pettersson around his waist to kick back at him when Pettersson slipped and then went all the way.

Pettersson stops at what appears to be an attempt to reverse the Kotkaniemi. At this time, officials should already have a hand in the air for a hook from Kotkaniemi, but the show continued.

From there, Kotkaniemi avoids contact with Pettersson's torsion, but his swing forward wears him, and during that time, Pettersson and Kotkaniemi's legs become tired as they fall on the ice. Kotkaniemi grabbed Pettersson at that time, which could also be a punishment for himself, but the initial contact after the whistle was initiated by Pettersson and not by Kotkaniemi.

As the two new fellows fell into ice in confused disorder, Pettersson's leg was bent behind him, causing suspicion of injury and forcing him to get out of the game. He managed to skate at his own strength, and hopefully he will be good for a quick return.

No one likes to see an exciting young player to lose time due to injury. As Pettersson left the ice, Kotkaniemi slipped from the bench to offer an apology and a touch of sporting performance.

Despite what some people thought, trainer Travis Green and Brandon Sutter called the incident an accident.

#Canucks Green had no more details about Pettersson's injury; said he would not play on Saturday but did not think it would be too long.

Green said that the first instinct was angry #Habs Kotkaniemi wondering if the game is dirty. After seeing the repetition, he decided not to.

It was a game that would have resulted in a penalty on Kotkaniemi, but part of the game that was supposed to be penalized did not lead to injury. He did not try to hurt Pettersson deliberately, and the Canuckes seemed to agree. It's not like the body of Mike Matheson at Pettersson earlier this year. It was an unlucky accident, nothing more.

FWIW, tonight I searched almost a dozen people from all-round hockey teams, most of whom thought it was a random contact. Several saw the punishment. Nobody thought there was a malicious intent. I personally felt that it was supposed to be a penalty for merging or interrupting https://t.co/K1dLz8VYX9

I was told that there would be no additional discipline for Jesperia of Kotkaniemi. The injury is not a factor for DOPS until it finds the game is a valuable suspension and this game is not.