McDonald's Employee calls for changes after a violent encounter 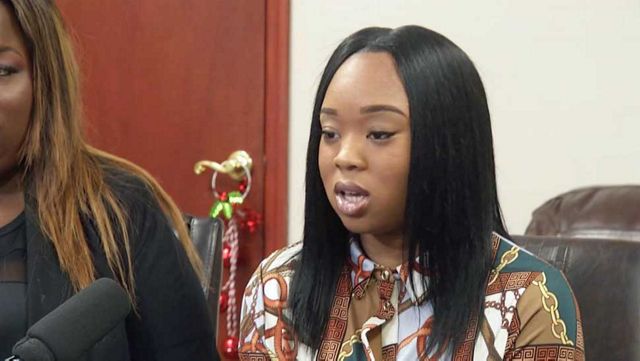 ST. PETERSBURG, Fla. – McDonald's employee recorded a video on New Year's Day to fight against the client after he was brutally grabbed on Thursday, calling for a change in protection against violence against workers in the workplace.

20-year-old Yasmine James did not return to work. She said she did not know when she would come back because she was afraid and hurt, both physically and emotionally.

"He grabbed me literally, I did not control my body when he grabbed me," James said. – I was scared, so I just wanted to just retire. It was just, take this man off me, just please take me away. Please, get off me. That's all I'm talking about. He had to go.

40-year-old Daniel Taylor was arrested and charged with two simple battery offenses. Witnesses saw him grab James after discussing a restaurant that does not have a straw in the lobby at the Silvestrovo, and their exchange was captured on a cell phone video.

James said she had not seen the attack.

"The next thing she knew was he grabbed me and I was really scared because I did not know if there was a gun or knife or what, because it was as if things were crazy today," she said.

James is a self-proclaimed ex-boyfriend. She said her year of boxing training as a teenager who paid off when she needed her most.

"When someone grabs you so, you have no choice but to take them off and go for what you know," James said.

"This is the last straw for violence against all workers and all women," said James. "And just McDonald's has to change, too, because that's not the only thing that's ever happened, and they just throw over their shoulders, and there's got to be a lot of change."

Her lawyers argue that McDonald's has no policy for such situations.

"We want them to be responsible for not only staffing but managers being properly trained in de-escalating and solving these security issues for employees," said lawyer James Shannon Ligon.

James lawyers also sought to upgrade Taylor. After the reported attack, Taylor reported, returned to McDonald's and attacked the manager before removing him.

Then, as reported, he hit another employee in the stomach while being thrown out of the restaurant.

James told James all that he was afraid to go back to work. It's a job she said she helped her pay college.

"We share the concerns of the community and we are very upset about this upsetting incident. Our priority is always the safety and well-being of everyone in the restaurant, and we do not approve of any kind of violence, especially against our employees. We stand firm with our employees everywhere, including our employees at this restaurant who were involved in this incident. "