Squamish Search and Rescue pulls out a paraglider from Stawamus Chief 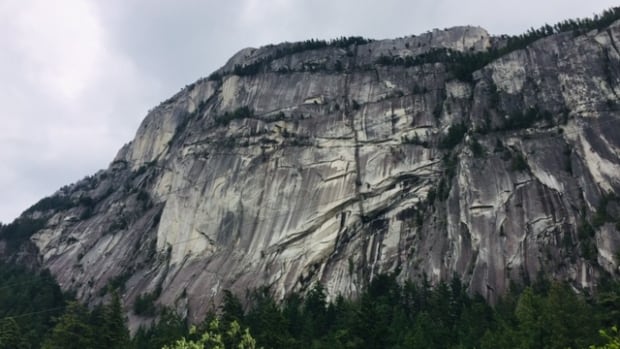 Rescuers in Squamish say a man in his mid-30s was injured after a paragliding accident on Saturday at Chief Stawamus.

BJ Chute, head of Squamish Search and Rescue, said around 3:30 p.m., PT, the man became entangled after being bounced into a granite dome wall during paragliding.

Chute said the man sustained back injuries but managed to secure himself next to Chief Stawamus until rescuers were able to reach him.

Squamish SAR members flew to the top of the chief and then lowered the rescuer to the injured man.

Then another line was lowered to the ground and the paraglider was lowered.

The area is a popular place for paragliding. Chute said similar accidents happen two to three times a year.