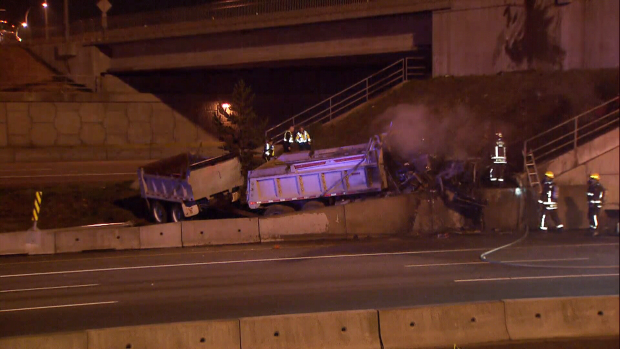 The dump truck driver was dead after a fire crash that caught traffic on Highway 1 to Surrey on Tuesday morning.

The car pulled off the road near 176th Street at about 3am, hitting the overpass and shooting into the flames.

Emergency commanders rushed to the crime scene and fled, but failed to save the driver.

The accident forced the closure of Highway 1 to the west for several hours. DriveBC reported that several tapes were reopened at about 9:15, but drivers still need to expect heavy delays in that area.

The motorway is completely reopened until 6:00 pm.

Great Accident in #Surrey has closed hwy 1 at the 17th place. Traffic is diverted. The dump truck driver died on the scene. pic.twitter.com/4vGxIlYHKP