The Province will meet the Paris 2030 goals: the Ontario Climate Change Plan 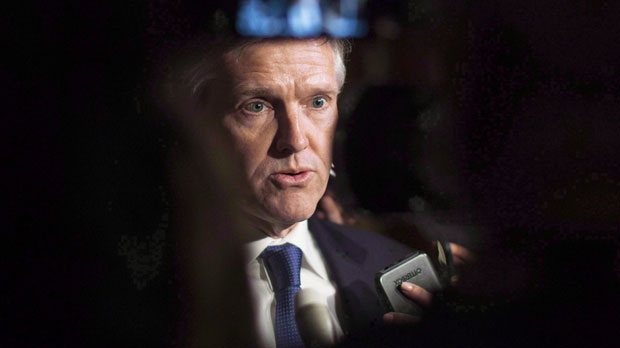 Until 2030, Ontario expects its emissions to fall by 30 percent below the levels reached in 2005, according to a new climate change plan for CTV News Toronto.

Environmental Minister Rod Phillips is expected to release details of the plan at a press conference on Thursday afternoon at Nobleton, Ont.

The Ontario Progressive Conservative government says they believe this plan, which includes Ontario at a meeting with their stake in Paris in 2030, "helps us respond to our most serious environmental challenges in a responsible, efficient, measurable and balanced way."

The new plan replaces the now-removed kap-and-trade system and will not put the price on carbon, a federal request that the provincial government plans to cause in court.

Ontario has made about $ 3 billion in bottlenecks and stores after the system was introduced in 2015 by the former liberal government. The aligned PC government has canceled the program on October 31. In his statement in the Pacific, published last week, Tories said the province lost 1.5 billion dollars in revenue due to the cancellation of the program.

We highlight a new plan and obligation: