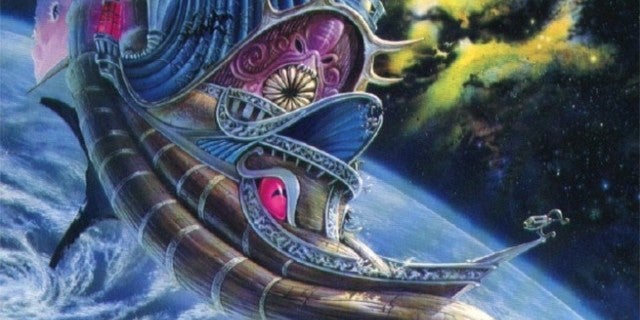 Dungeons & Dragons had one of his best years ever in 2018, and the popular desktop RPG wants to upgrade that momentum in the upcoming year.

While 2018 has not yet been technically finished, the wizards from the coast have already indicated this Dungeons & Dragons she has had another record year. With the setting of an astonishing campaign, diving into the "first digital" publication and an ambitious and expansive adventure in two parts, game developers had an incredibly busy and successful year.

We do not know what to do next Dungeons & Dragons, but we have a modest list of wishes about what we would like to see the next popular games. With the fifth edition that enters its 5th year of existence, we hope to add some popular classes and settings in the coming year. Here's our hopes for next year's D & D:

Eberron, the magical steampunk world immersed in noir, was introduced in 2001 Dungeons & Dragons earlier this year. Wayfinder's Guide to Eberron re-tooled Dragonmarks, Warforged and other aspects of Eberron for the 5th edition, but Eberron still lacks one key component – Artificer Class.

The artificer was added to the new class Dungeons & Dragons when Eberron first came out and was equipped with the creation of magic items. D & D released the Playtest version of the Artificer class in 2017, but it was not part of it Wayfinder Guide when the first edition of the book was digitally published. Designers have promised to be the Artificer class, so let's hope we get an "official" release of the new class sometime in 2019.

Another popular subset of skills that is still missing Dungeons & Dragons are psychedelic ability for player characters. Certain monsters such as ilithid or githyanki have inborn psychic abilities, but we still have no equivalent for the players used, unless they create some gith character.

Mike Mearls, a lucky moment, knows that Mearls (one of the leading minds behind the fifth edition of D & D) is working on the rules of thumb, so it seems to be somewhere in the D & D pipeline. Not only will psionics open the Mystic class, it is also the central part of at least one setting that did not appear in the Fifth Edition. This leads us to the next slide.

At this point, it's basically a joke between the D & D community about how many fans want to see more campaign settings. Fans will see all comments from the D & D team as "confirmation" that Spelljammer setting (setting of high fantasy in space) will soon appear. Perhaps the biggest challenge was the introduction of the functional Spelljammer rudder this year Mad Mad Mad so it seems inevitable that we will soon see some new Spelljammer content.

After Spelljammer, we here at ComicBook.com most often see the requirements for the new Dark Sun material. Dark Sun is a post-apocalyptic D & D where the mysterious magic is inborn and most players use weapons out of anything but metal.

Any of these new campaign settings would be great for playing the 5th edition and would really add new opportunities for tired gamblers in standard fantasy-based worlds.

Since Fifth Edition came out in 2014, most of the content of the game focused on Forgotten Realms, a popular campaign setting created by Ed Greenwood and featuring some of the most popular characters in the game. Xanathar, Volo, Elminster, Waterdeep, Chult and other famous D & D characters exist within the Forgotten Realms, so it makes sense that this is the focus of the official game content.

We love the Forgotten Kingdom as much as the next D & D fan, but we think it has become too synonymous with the D & D brand in recent years. Only since 2014 Damnation of Strahd (an adventure that doubled as a kind of Ravenloft campaign) and The stories about the harassment portal (which contained a series of mini-adventures largely set up in Greyhawk) were set out of the Forgotten Kingdoms.

Although I do not think D & D will ever stop focusing on forgotten kingdoms, but maybe it's time for the adventures that exist outside the campaign setting. Official D & D adventures provide dual purpose – give DM a pre-made adventure to run and inspire DMs who want to build their own campaigns. Setting up an adventure outside the Forgotten Realms (even if the new Ravnice setting is used!) It would show some D & D versatility for newer players.

Because Dungeons & Dragons publishes just a few new releases per year, fans are usually desperate for new content. Since only one book is generally a book of rules, it often seems that years pass before we get more magical objects and spells we are trying to build when we build characters.

Of course, each adventure contains at least a few new items that players can find but are not actually compared to a single publication. Outside D & D Beyond, there is no official manual on equipment or magic resource that collects all in one place for players and DMs to use.

Personally, I hope the 2019 rulebook will focus on magic items and spells. Give us a magic spell that collects all the spells and items in one place and gives players a bunch of new ones that will slit.

Since we started D & D at the beginning of this year, the most impressive part of the game is a community that is built around it. The D & D team is doing a fantastic job of cultivating a comprehensive and open atmosphere for all players, and they've really made a push to show that it's really a game for everyone.

I love the D & D community, and I hope it will continue to grow in 2019. D & D is a fantastic creative outlet in so many ways and I want to see the community continue to accept every part of it. Here's more D & D cosplay showcases, beautiful art, fantastic storytelling, and everything else D & D inspires players to work next year!