Thousands call for action on climate change in the city center 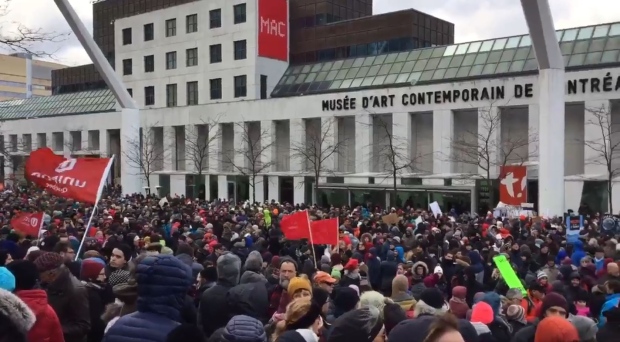 It was a call to action to combat climate change.

Thousands of people go to the streets of Montreal on Saturday, inviting politicians and the new CAQ government to prioritize the environment.

The local movement comes in response to a UN Secretary General's appeal that says the world has achieved a key moment in global warming and risks escaping the climate change if leaders fail to act in the next two weeks.

Thousands gather at the Place des Festivals in order to march against climatic changes and pressure on governments to prioritize the environment. @CTVMontreal pic.twitter.com/5lcU8Vsh5G

More than 500 Quebec personalities and scientists lead the campaign and are trying to collect a million signatures so that the government needs to revise its approach to climate issues.

The goal is to mobilize Quebec – since Wednesday the petition has collected nearly 150,000 signatures.

Prime Minister Francois Legault faces criticism during the pre-election campaign, accusing him of not seriously taking the environment.

When he swore, he added the environment to his list of priorities. However, Legault will not yet participate in the UN Climate Change Summit in Poland in December.