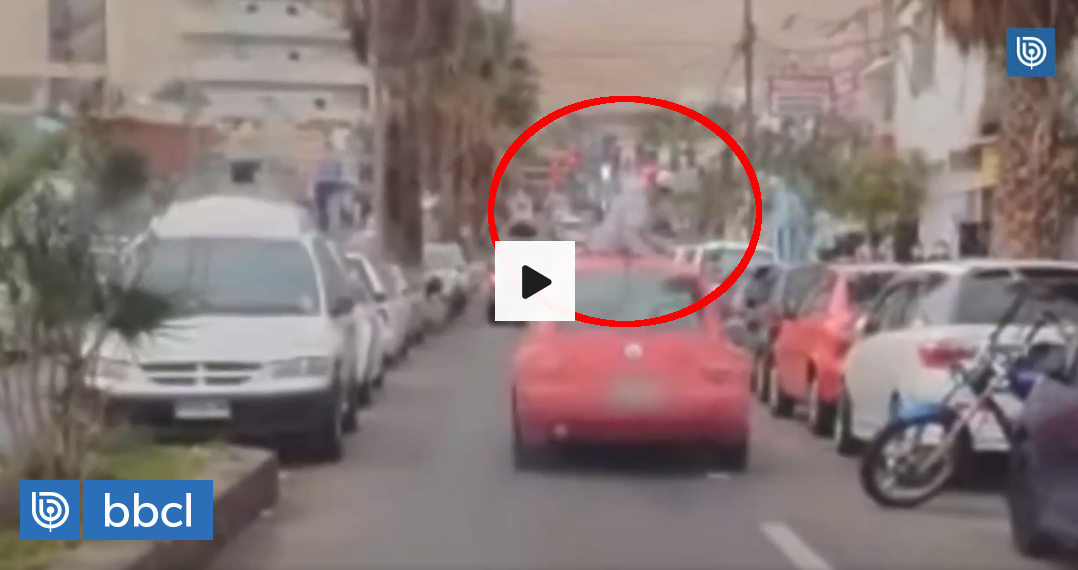 Arica and the Parinacota region

With information from Andrés Bravo

A man accused of attacking a partner in the middle of a public highway has been arrested by the Carabineros, after trying to escape in the town of Arica.

The event was recorded in the morning hours this Monday in the sector Vicuña Mackena Avenue with 18 de Septiembre Street, when there was an argument inside the vehicle, and then the aggressor climbed on this one to break the windshield, to later escape.

It is about an 18-year-old who, thanks to complaints from neighbors and Carabineros officials on his day off, was arrested while trying to escape after acting in a violent act.

Several people tried to arrest the man, including a police officer, who had an official weapon.

Jorge González Rosales, commissioner of the First Arica Police Station, reported that they were able to identify the subject according to the characteristics of the vehicle provided by witnesses to the attack.

The individual was detained and charged with damage and psychological violence within the family, and remained at the disposal of the Ministry of Public Administration.

Meanwhile, the victim, who tried to avoid arresting her partner as seen in a video broadcast on social media, was referred to the Family Room of the same police station.

If you are a victim or witness of violence against women, report it
149 from Carabineros, receive instructions by calling
Sernameg short number 1455 or click to use the Sernameg complaints chat