The map of Church Sexual Abuse in Chile was presented 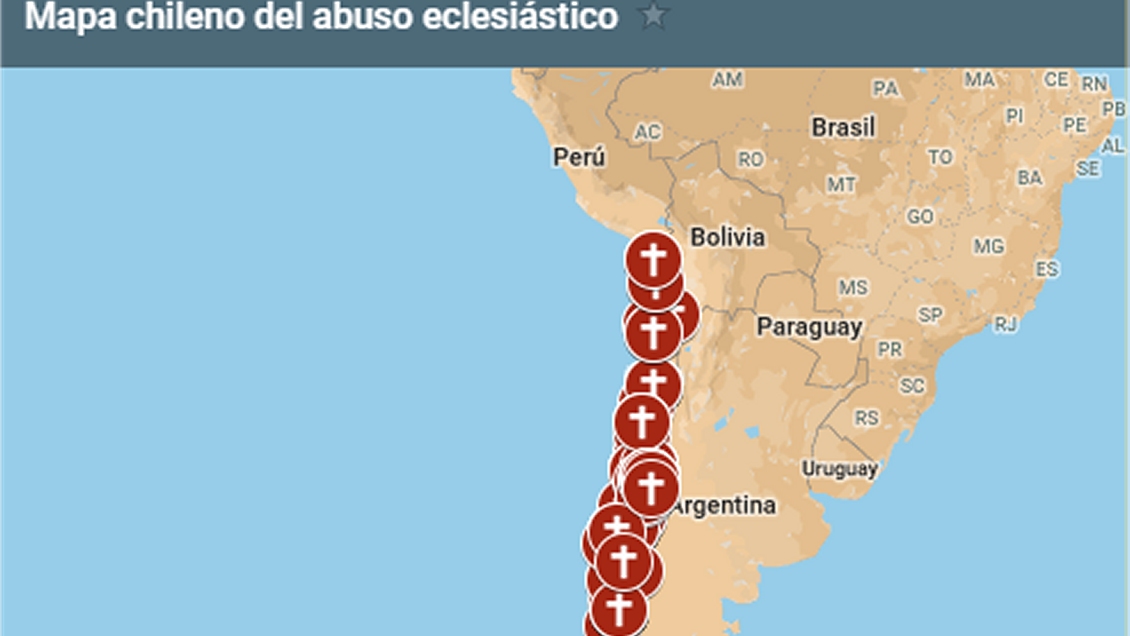 The Network of Survivors of Church Sexual Abuse launched a Chilean map of crimes of sexual abuse and conscience committed in church settings.

The Interactive Tool, launched this Saturday at the Memorial and Human Rights Museum, "contains public convictions against religion and lay people" of this type of crime, with the name of the perpetrator from Arica to Puerto Natales and where they happened to the facts

In that context, a spokesman for the network of surviving church abuse, Helmut Kramerhe called President Sebastián Piñera so "is satisfied with the fact of truth, justice and compensation to investigate all cases of church misuse in the history of Chile".

"A commission that should be absolutely independent of the Catholic Church, If it is President of the Republic He is honest when he says he has the first concern with the children, to form this commission, "added Kramer.

On the other side, Jaime Concha, a member of the organization who created the map, explained that " imprescriptibility, many of these crimes will not be prosecuted, sanctioned, and they will remain unpunished".

"You have to try to discuss it. T House of Representatives you can search for interpretations in the regulation to find the possibility for at least the victims who are here today – who are adults – the right to support mental health and access economic repair"Concha added.

A network of survivors of Church Sexual Abuse will update the map, which is available on its website, as more complaints are known.