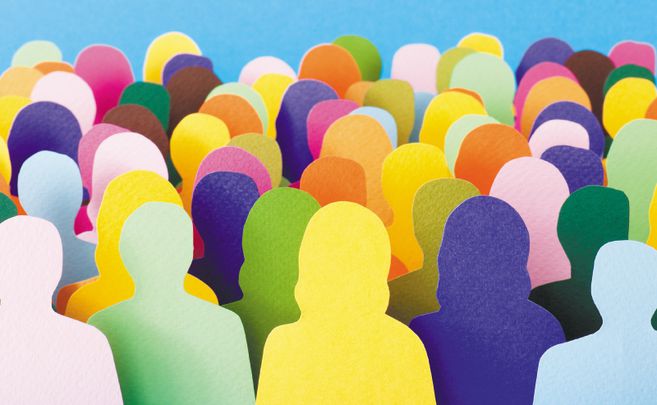 The sandwich population is a line that is not outside state aid and assistance, but does not have a consolidated economic position either. It will receive much of the impact of the reform, and this can be detrimental to the national economy in general, as this segment is part of the driving force.

Once again, like a wolf disguised as a sheep, the 2021 tax reform began to catapult into public opinion as “Social, solidarity and sustainable reform”. Following the general features of a children’s fairy tale, the Government masks the law with attractive adjectives that will affect the pockets of many Colombians, especially those we have already called the sandwich population on this site.

Broadly speaking, a sandwich population is understood as one that may have an income level higher than that on the poverty and vulnerability line, but that does not always have the stability or complete formality to classify it as a classic wage. It is worth recalling that, according to DANE, the country’s informal work rate reached 49.1% in the last quarter of 2020, with cities like Cúcutta and Sincele having figures above 65%; many of these informals are part of the population group we are talking about.

The sandwich population is not just a typical phenomenon of peripheral countries. In central countries that, despite greater elements of assistance and support through welfare states, categories such as “precariat” have emerged, which British professor Guy Standing associates with a class that lacks working class homogeneity, stability and acquired workers’ rights from four decades ago. . It is a line with educational diversity, but with increasingly complex social mobility and with conditions equal to or inferior to those of their parents. Without a doubt, precariat is part of the sandwich population.

Also read: Unemployment in Colombia paid off in February, but remains fierce towards women

So then this population is facing not only the difficulties of daily life, which is an exercise that is often done under the sign of debt, but now, with the crisis led by the pandemic, their income will be affected. real with a higher tax.

From what is known about the reform (presentations and declarations, not documents), the government intends to tax various goods in the basket that were not and increase the rate on many basic goods in the consumer basket of the average citizen. On the other hand, it seeks to expand the income base in a country where the minimum income is very close to the average. These measures increase the pressure on the already deteriorating conditions of many Colombians who are part of the sandwich population.

A few days ago, one of the economists of the seventh technocracy in the Ministry of Finance claimed in his networks that if a person earned $ 2.5 million, this income level is higher than 90% of Colombians and, therefore, it would be ethical to ask them to help the rest of those who also had a bad time in the pandemic. It is worth mentioning here that, due to the scope of the reform, this is not only handling the most affected, but also extending it to debt holders, as more than 50% of the new collection expected with the reform is expected to go to debt payment.

Going back to the point, and here one of the saddest paradoxes in Colombia, given the high level of inequality in the country, you can be part of the top 10% of people with higher incomes if your salary is 2.5 times lower than the minimum wage. It’s hidden that, with such an income level, you can also be part of the sandwich population and that’s where this story gets complicated.

A family of four-member sandwich population and only one who receives a $ 2.5 million salary in a simple arithmetic exercise can spend a third of their income on a mortgage loan for a new home on the outskirts of a Colombian city. The second third relates to food and transportation costs for their core, and the last relates to a variety of issues, including those involving education, care, among others.

We suggest you read: How the Colombian economy is facing tax reform

You don’t have to go into detail in this general task to know that you are a citizen who can’t save and, quite certainly, other debts are added to your mortgage. Are these Colombians, then, the ones who should reach the rest of the victims of the crisis when they can hardly cope with themselves at this moment?

When support programs for debtors that have delayed the deterioration of maturing portfolio indices are completed, households will not only face debt again, but will also receive a bucket of cold water with higher VAT payments and possible rent payments, although this may be small. economists claim seventh, significantly when you live from day to day.

Households of the sandwich population are then brought into the Ponzi situation, where neither capital contributions nor interest on their loans can be paid with income and thus fall into the debt-paying game. It is common today for many Colombians to seek free investment loans to free up their credit cards and be able to continue using them, but with a different loan behind them. This is a very common practice of bank advisors, as the interests of some bank loans are better than the interest in cards, but they create a greater dependence on the bank.

The reform is then sold under a message in which we all have to pay for broken meals from the COVID-19 crisis, but at the same time large economic groups are already relocating their bishops so they have the least collateral damage in the last article.

Parties close to the financial elite are already analyzing the reform, accompanied by tax experts, who are advising large banks and investors, according to media reports.

Although the reform is announced as solidarity, little or nothing is the case, since there are several redistributive elements that there is a huge risk that the Congress, which debated the text of the law in secret in the pre-election year, will turn its back on everyone.

In the end, as Professor Orlando Villabona has shown, Colombia will continue to be a good tax haven for the rich, as it is a country where capital inflows remain relatively privileged. Professor Villabona argues that, for example, dividends can evade taxes in many ways, because if determined in shares or not, there is no tax: in Colombia, dividends in excess of $ 10.9 million pay 10% income tax, while in other countries it is paid between 23 and 50%.

Today, the “hyper-mega-rich” (1 / 100,000 richest in the country) pay an effective tax rate of between 1 and 2%, while in other OECD countries they pay around 25%, according to the work of Juliana Londoño and Facundo Alvaredo. Then there is room for elevation in the high elites, but, as has already been said, the reform will ultimately have less of an effect on them in terms of their power. vestibule and employment in the legislature.

That might interest you: In whose hands is Colombia’s debt?

The government is seeking to raise $ 25 trillion, of which 10 trillion has been announced to be funded for social spending and the other $ 15 trillion to pay off debt, which is ultimately money owed to those who want reform, but with less collateral effects on their coffers.

While debt payment reasonably guarantees market access and macroeconomic stability, it is also stability for financial groups that are pressing hard on their reservoirs of thought for the urgent need for reform.

According to these lenses, the reform is more sustainable and supports creditors than a good portion of the sandwich population who have not received many benefits from the government but who are increasingly living with water closer to their necks in nearly a century. It should not be forgotten that the attempt to recover the economy with taxes affecting aggregate demand is a theoretical contradiction, but that it is appropriate for the economy. state.

* Professor at the Faculty of Economics, National University.