Employees in the Zlín region? Satisfied, but most are looking for better 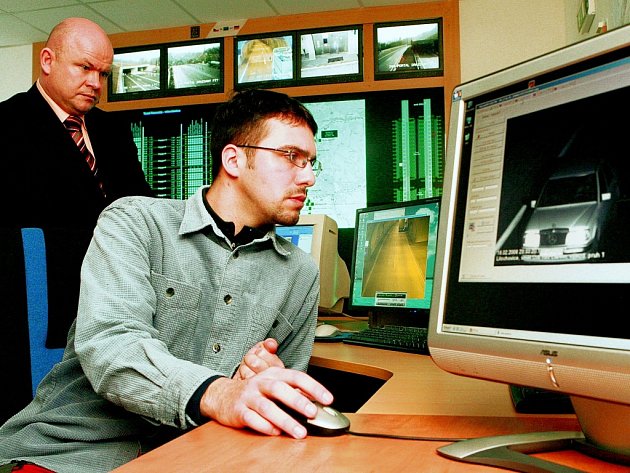 Most employees in the Zlín region are satisfied with their current work, or at least not complain. Yet, everybody else is looking for another job, and a third of the seekers do it even during working hours.

Leave for better work The Zlin region is uncomfortable or even unacceptable for 86% of respondents. Among the most famous employers in the region are Baťa, Barum Continental or Luhačovice Spa. A unique overview of STEM / MARK revealed that residents of the Zlín region think about their work, as well as looking for another and what potential potential employers in the locality say.

Although three-quarters of respondents are fully or partially satisfied with their position, 53% of respondents consider other employment opportunities, almost one-third of them even during working hours. Every fifth employee looks at work at least once a week.

Jobs in the Zlín region are most often searched on the work web sites, and 43% of the respondents prefer it. However, popularity is also a requirement for friends and family, about 20% of people like it. Office for Work (13%) and specific employers' websites (12%). Staffing agencies or newspaper ads use only a small part of the population as the primary source of information on job offers. However, job offers on social networks are becoming more popular, with 6% of respondents as the main source.

"No one often calls for this job. In the survey, most respondents admit that in the last five years no one has spoken with some job offerings," says Jan Tuček, director of STEM / MARK.

"The direct offer of the employer was only about every fifth, which is relatively low in that long horizon. At the same time, companies are still looking for skilled workers, they often do not know how to properly solve them," Tucek adds.

A similar number of employees, about one in five, received a job offer from someone known in the same period. In the Zlín region, the demand for HR agencies is about 8%.

Has anyone offered a job change over the last 5 years?

At the same time, half of the employees admit that they will consider this opportunity if they get a bid from another employer. Every third party could also raise such a message with confidence. For a new employer, they will last for at least a few years, ideally over 4 years.

How much time do you consider to be optimal for staying with the same employer?

Everywhere, at home, the best

Switching to the second region is no longer much. Every quarter rejects this possibility, and more than 60% of the respondents are accustomed to the Zlín region, so they would not want to move from here.

How strong are the inhabitants of the Zlín region in their home?

Bata leads the ladder of acquaintances

"In the second part of the survey, STEM / MARK asked about the perception of specific employers in the Zlín region, where 35 large employers were selected for this part of the workforce.

About 50% went to MP Krásno, TON a., HP Tronic or Gumárny Zubří, where the number of employees is in the order of hundreds. Employers such as Rosa Market, Moravia Cans, Austin Detonator, Femach Morava, Woco STV, ZPSV, and ON Semiconductor have finished with the lowest values. It does not always mean that the company is more familiar, it is more attractive and more attractive to the workers.

For example, top-ranking companies such as the Austin Detonator, Robe Lighting, or ON Semiconducor have also advanced to well-known employers with the well-known Barum Continental. In other works of the series, we will bring you the exact order and results of the best reviewed and favorite employers of the entire region.

Ranking of the most famous employers in Zlín region:

We choose to pay

/ PERSONAL EDUCATION / Choosing an ideal job for several players plays a key role for employees. The most basic of them is still paid. The second part of the series, to be released November 19, will focus on questions about money. A week later, November 26, follows the last part that analyzes employee perceptions, job priorities, and speaks to the most prosperous employers in the region.

The STEM / MARK study was conducted in October 2018 on a representative sample of 503 examinees. His goal was to find out how employees in the Zlín region are currently approaching their jobs and thinking about hiring. The last block of research was focused on specific 35 companies and organizations whose aim was to find out their perception, not as a brand, but as an employer. To this end, 35 major employers were selected according to the number of employees, including the largest companies and organizations from across the region, and at least 6 respondents from all four regions were included.