Video: Khaled Abu Bakr: Questions addressed to the president of the Youth Forum have not agreed in advance 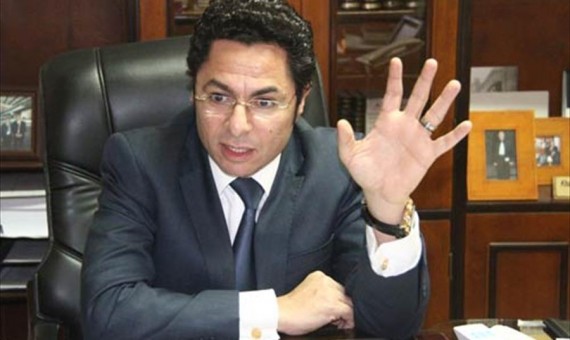 Khaled Abubakar has revealed the mechanism of questioning to President Abdullah Fattahu al-Sisi during various meetings at the World Youth Forum, which said that many foreign guests were on the forum and that the choice of participants to ask questions was made without improvisation without prior agreement.

"On the margins of the third day of the World Youth Forum on Monday night, Al-Hayat and" on-e "have offered great courage and courage to speak aloud in the presence of the president of the state, the Visitor, whether Arab, alien or Egyptian, may ask the president without any restrictions'.

He said forum sponsors had achieved success at the propaganda level, stressing he expects to raise sponsors in the next version of the forum, which has become a successful job.

"I'm not talking about a tourist, political or cultural dimension, but those who participated in this forum have won the trade," he said. "If you are a president of a company, it would be very expensive if the budget was allocated for sponsorship of the youth forum next year."

On Saturday night, in the presence of President Abdel Fattah Al Sisi, a second World Youth Forum meeting in Sharm El Sheikh was held, with more than 5,000 young people from around the world attending, and will be held until Tuesday.