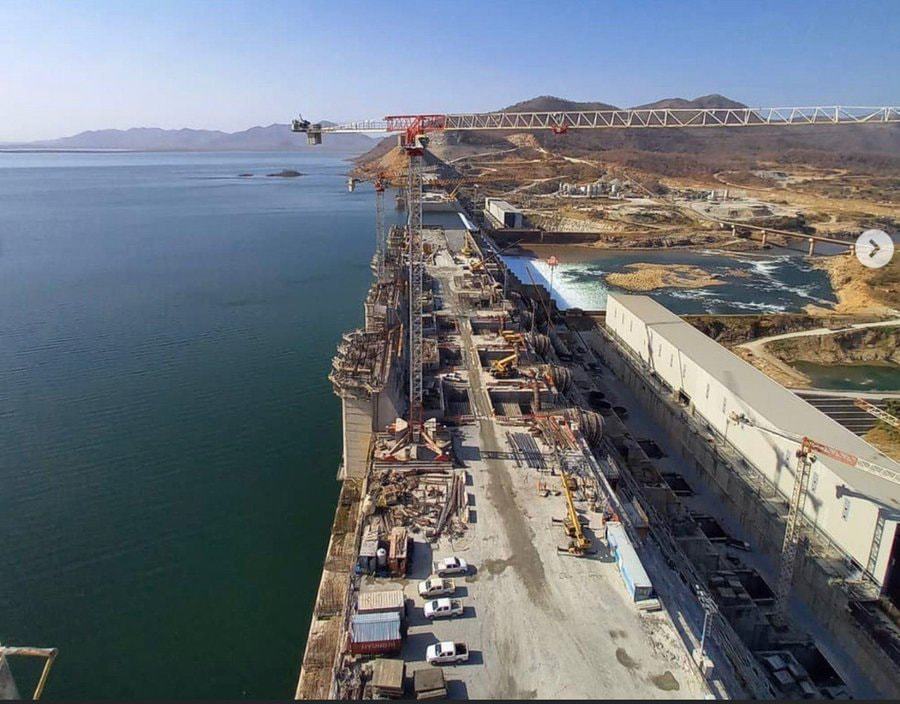 The Ethiopian Ministry of Water, Irrigation and Energy released a new satellite image of construction progress on Friday at its controversial large dam on the Blue Nile River.

Moreover, the image also showed that the dam reservoir has a stable water level that has reached the level of the concrete wall.

On February 6, Ethiopian Minister of Water, Irrigation and Energy Seleshi Bekele confirmed that 78.3% of construction work on the Great Ethiopian Renaissance Dam (GERD) had been completed.

He said progress in the past six months has been the fastest since the dam began construction.

Bekele reiterated his country’s determination to complete the second phase of filling the dam next July, regardless of the agreement or lack thereof reached with the countries downstream.

“The construction of the dam is going according to plan and there is no way to avoid filling the dam reservoir in the coming July,” the minister said.

Prior to the charging process, he ignored any mention of the agreement between Ethiopia and other parties involved in the issue, namely Sudan and Egypt.

The first filling of the 145-meter-high dam reservoir began last July. At the time, Addis Ababa claimed that the filling was accidental due to the heavy rains that usually occur at that time each year.

Both Egypt and Sudan fear the consequences associated with the filling and operation of the $ 4.6 billion mega-dam, as this could limit their vital water supplies.