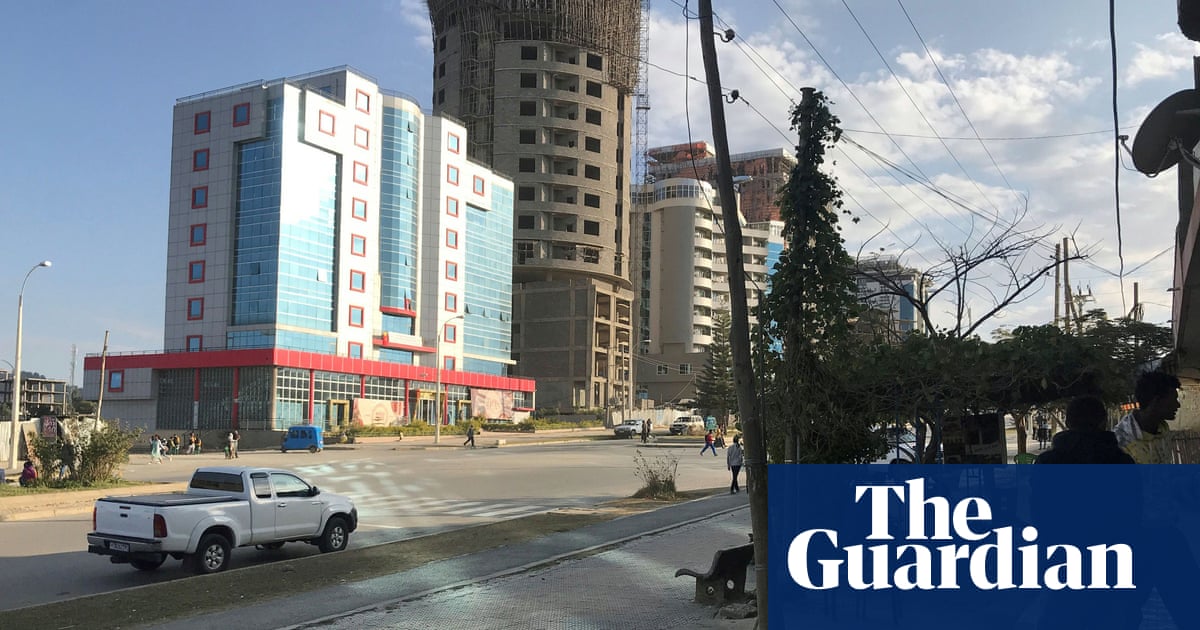 Ethiopian military officials have warned civilians in Mekelle, the capital of the troubled Tigray region, to “get rid” of rebel leaders or not be offered mercy in an upcoming attack on the city.

The Ethiopian military said tanks would be deployed to surround Mekelle, the mountain capital of the northern Tigray region, and could also use artillery on the city, state media reported on Sunday.

The ultimatum will deepen international concerns as the conflict moves into the third week with no signs that hostilities will end soon.

Ethiopian forces are constantly advancing from the north and south towards Mekelle, which lies on a plateau at an altitude of more than 2500 meters.

So far, hundreds, perhaps thousands, of people have been killed in the conflict, and many more have been displaced. More than 36,000 have fled to neighboring Sudan, and large numbers are on the move inside Tigray to avoid fighting.

A warning to half a million residents of Mekelle could prompt many to leave their homes, adding to the growing humanitarian crisis.

“The next phases are a crucial part of the operation, and that is rounding up Mekelle tanks, completing the battle in the mountainous areas and advancing to the fields,” Colonel Dejene Tsegaye told the Ethiopia Broadcasting Corporation.

Tsegaye said the Ethiopian military has so far avoided any targets that could risk civilian casualties, but said in Mekelle’s case “it could be different”.

“We want to send a message to the public in Mekelle to save themselves from any artillery attacks and get rid of the junta,” he said, referring to the People’s Liberation Front of Tigray (TPLF), the ruling party in the region. “The junta is now being protected from the public and the public must be isolated from the junta. There will be no mercy after that. “

Redwan Hussein, a spokesman for the government’s working group for Tigray, said there was still time to hand over the TPLF leadership. “The government will refrain as much as possible from causing great risks to civilians,” he added.

Debretsion Gebremichael, the leader of the TPLF, told Reuters by text message that his forces were defending Mekelle.

“Rounding out Mekelle is their plan, but they still couldn’t,” he said. “On the southern front, they could not move an inch for more than a week. They [are] sending wave after wave, but to no avail. “

Officials in Addis Ababa, the capital of Ethiopia, were clear that the “law enforcement operation” would continue until the TPLF is overthrown and federal power is re-established in the region.

On Saturday, the Ethiopian government rejected an African diplomatic effort to mediate.

Last week, Abiy Ahmed, the Ethiopian prime minister, said government forces were preparing for “final pressure” on Mekelle to end the conflict in a few days.

However, a confidential United Nations assessment of the military situation in Tigray seen by the Guardian suggests that Ethiopian national forces face greater resistance than is clearly stated in official statements and that Tigray could face a protracted “war of attrition”. .

Although heavily armed regular troops have continued to advance toward Mekelle, paramilitary formations and militias deployed after them are still struggling to clear and secure territory, the assessment said, raising the possibility of a protracted guerrilla war.

“Although Tigray’s regional forces may have been undermined by EDF’s rapid progress at first, the terrain in eastern Tigray is easier to defend … and if occupied, they have the ability to halt EDF’s advance,” one analysis said, warning it would then. to change the dimension of conflict from a rapid movement to one of rejection, ”it states.

Information is difficult to obtain and confirm, and Tigray is banned from communications and journalists are banned.

Both sides said federal forces had captured Adigrat, 116 kilometers north of Mekelle, over the weekend.

The TPLF claimed that nine civilians were killed in the shelling in Adigrat, which the party appears to have blamed on federal forces firing across the border into Eritrea.

The army of Abiya and Eritrean President Isaias Afwerki “inflicted heavy casualties on innocent civilians in Adigrat,” the TPLF communications office said in a statement on Facebook.

Ethiopian officials said resistance to federal forces was stronger on the road leading south to Mekelle, along which rebels destroyed bridges and planted hidden explosives.

The war is the culmination of months of growing tensions between the TPLF and the ruling coalition in Addis Ababa. When the national elections were canceled due to the pandemic, the TPLF held polling stations anyway, which exacerbated tensions.

Abiy, who is Africa’s youngest leader and was awarded the Nobel Peace Prize last year, began his operation after accusing the TPLF of attacking a military camp and attempting to seize military equipment.

Ethiopian planes launched air strikes, and the Tigers fired rockets at Amhar and Eritrea, supporting an offensive to remove the TPLF. At least one massacre has been reported: he is guilty of withdrawing a Tigrayan militia aimed at a community considered loyal to the central government, but there is no confirmation of this.

There are concerns that the violence will continue even if Abiy achieves his goal of forcing the TPLF and imposing federal power on Tigray.

Although numbering only 6 million out of a total of 110 million people living in Africa’s second most populous country, Tigers have ruled Ethiopia effectively for decades. Until Abiy took power two years ago, they were the strongest force in a multiethnic coalition. Abiy, whose parents are from the larger Oromo and Amhara ethnic groups, has released thousands of political prisoners and pledged to end the dominance of one ethnic group.

“Even if the EDF is successful in its mission to capture Mekelle,” warns the UN assessment, “this will not necessarily end the conflict. It is likely that the protracted asymmetric conflict and insurgency will continue. From a humanitarian perspective, the longer the conflict drags on, it will make the crisis worse. “

On Saturday, Abiy said on Twitter that the safety and well-being of the people of Tigray are paramount and that the federal government will do everything to “ensure that stability prevails in the Tigray region and that our citizens are free from harm and desire.”

The government’s head of the newly appointed interim administration for Tigray, academician Mulu Nega, said new local elections were planned to restore peace to the region following the overthrow of TPLF leaders.