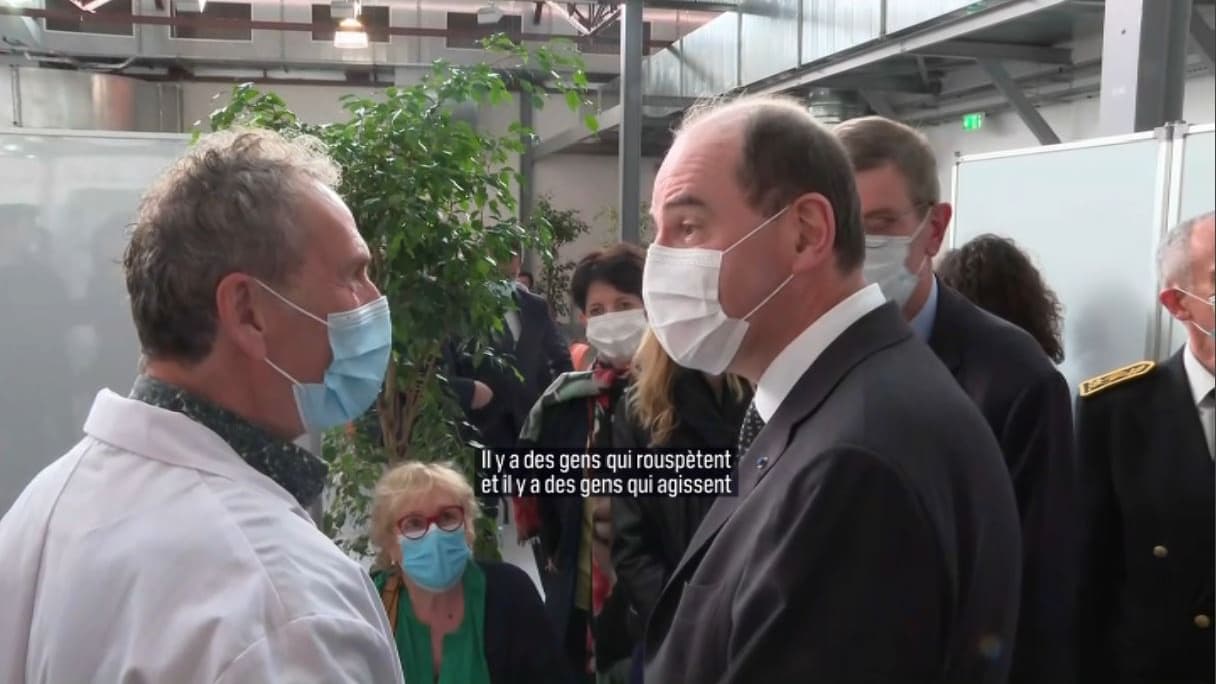 Latvia opened ten major vaccination centers against Covid on Saturday, trying to speed up its immunization campaign, one of the slowest in the European Union.

“Those who have requested vaccination and are on the priority list can be vaccinated immediately,” said Daniels Pavluts, the Baltic state’s health minister with 1.9 million people.

Latvia has suffered from both slow vaccine deliveries and public distrust, especially among the Russian community, which accounts for a quarter of the population.

Currently, only 7% of the population has received at least one dose of the vaccine, the lowest rate in the EU after Bulgaria.

“Once the centers are working and people will see that it works and their attitude will change, and we will have a lot of people who will agree to vaccinations,” Pavluts said.

Prime Minister Jean Castex on Saturday hailed the “flawless mobilization of the gendarmerie” since the start of the health crisis, noting that “the state was counting on its participation in the success of the vaccination campaign” during a trip to Dordogne.

The head of government went in the morning to the Brantôme-en-Périgord gendarmerie and then to the National Gendarmerie Training Center in Saint-Astier, on the occasion of the hundredth anniversary of the creation of the armed body.

“Since the beginning of the year, 211 vaccine escorts have been carried out by the gendarmerie, and 11 storage sites are under your control,” he added, recalling that “this is already the gendarmerie that during the First World War, supervised the first mass vaccination campaigns” and “he was responsible for providing the first sanitary measures to counter the Spanish flu epidemic, a century ago.”

Argentine President Alberto Fernandez, who was vaccinated against Covid-19, announced on Friday that he was positive for the virus according to an antigen test. A PCR test should confirm this diagnosis.

Alberto Fernandez, who turned 62 on Friday, is in isolation as a precaution and said that he is “in good physical condition”.

He received two doses of Sputnik V from Russia’s Gamaleïa laboratory, the first on January 21 and the second on February 11, sources in the presidency told AFP.

Argentina is currently facing a second wave of the coronavirus epidemic. According to official figures, this country of 44 million people has more than 2.3 million cases of contamination and 56,023 deaths related to Covid-19.

The vaccination passport, a document confirming that its holder was vaccinated against Covid-19, has been banned in Florida in the name of respecting “individual freedoms,” the republican governor of this highly touristy state in southeastern France, the United States, announced Friday.

The text also prevents Sunshine State companies from requiring this type of vaccination or proof of virus immunization from their customers.

The announcement comes after a Washington Post article published that the Joe Bien administration is working to establish government standards for future vaccination passports to help lift health restrictions in the country.

This week, New York City launched its own version of the device.

The European Health Passport, which should facilitate travel during the Covid-19 period, is being developed by a consortium of four French companies. They were instructed to study the feasibility of an e-vaccination card before the outbreak of the epidemic. But the proliferation of cases has increased the scope of their mission.

Jean Castex attacks “those who grumble”

Jean Castex travels this Saturday to Dordogne, where he is visiting the vaccination center in Périgueux. There, the prime minister met a doctor who claimed he had continued his service to lend a hand in fighting the Covid-19 epidemic. The commitment was welcomed by the Prime Minister, who took the opportunity to address himself at the same time:

AstraZeneca: 7 deaths due to blood clots in the UK

Seven people who received the AstraZeneca vaccine against Covid died from blood clots, out of a total of 30 cases identified so far, the British Medicines Agency (MHRA) announced on Saturday.

The MHRA said it had received reports of 22 cases of cerebral venous thrombosis and eight other cases of platelet-related thrombosis since March 24, out of a total of 18.1 million doses administered. “Our detailed examination of these reports continues,” MHRA Director June Raine said in a statement sent to France-Presse (AFP).

For Olivier Véran, “there was no improvisation” when it came to raising children

Olivier Véran mentioned on Friday night during an interview with Brutus, a wave of hesitation at the top of the state over the activities of child educators. “There is no improvisation. On the other hand, we are able to adapt and rectify the situation,” the health minister defended in particular. >> Our full article

In the United States, on the other hand, where more than 100 million people received at least one injection of Covid-19 during a lively campaign, President Joe Biden hailed a breath of “hope” as he urged not to “drop guard” in Covid’s face. -19.

Because the United States is involved in a race against time to immunize its population as quickly as possible, the number of daily cases begins to rise (62,000 new infections on average each day).

But of the 100 million people who received at least one dose in the United States, nearly 58 million, roughly one in five adults, were fully vaccinated, or received the required injection or two, depending on the vaccine used.

The latter can travel safely again, U.S. health authorities said Friday, another sign of a gradual rise in activity in the United States, where jobs flourished in March.

Easter under pressure in Europe

Many countries are preparing to spend another Easter weekend on Saturday under the pressure of viruses and accompanying restrictions.

In Europe, hit by the third wave of Covid-19, the whole of Italy will be classified in the “red” zone (high risk of infection and maximum restrictions) for Easter weekend, a very popular holiday in a country that is usually an opportunity for family reunions.

In France, we fear chaos in stations and on the roads at the time of major departures for Easter weekend, before their one-month ban, and the goal of gradually reopening certain places from the middle may remain uncertain.

Residents of Vienna, the Austrian capital and its region are also invited to stay at home, from Thursday to April 6th.

The rest of Europe is stepping up measures to try to limit the spread of the virus, especially with regard to travel: Germany will thus tighten control over “its next eight to 14 days” around its land borders.

Leonardo responds to Aulas on the OL / PSG postponement