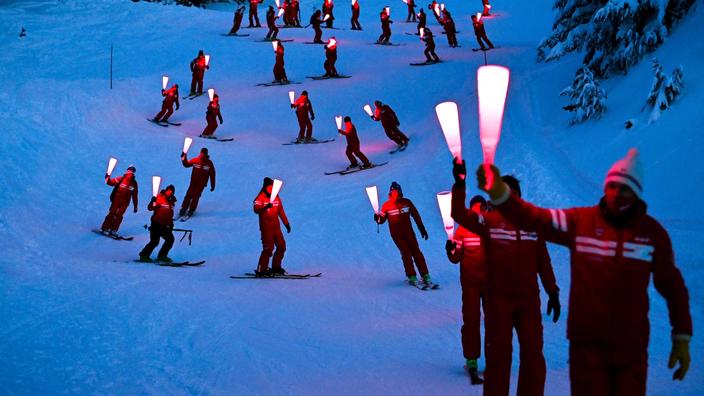 Henry Giscard d’Estaing calls for “saving” the mountain from “despair”.

Club Meda CEO Henri Giscard d’Estaing is urging Prime Minister Jean Castex to allow the ski resort to reopen for the winter holidays, which begin on February 6, in order to “to save“Mountain”despair», In a letter and interview to the Journal du Dimanche.

Read also:Ski resorts fear it will be closed for the holidays in February

This call for help, which aims to preserve the period that weighs 30% of the ski resort’s activities, comes three days after the long-awaited decision of the professionals on the possible reopening of the lifts. “On January 20, you will decide on the survival of the French mountain. The fate of one of the few French world leaders and his actors is in your hands.», Writes Henri Giscard d’Estaing, whose group has 14 mountain clubs.

«Winter sports account for 50% of Savoy’s GDP, and slightly less in Haute-Savoie“He also recalls in an interview with a Sunday newspaper, noting that”more than 100,000 seasonal jobs could disappear». «Allowing resorts for winter sports to welcome customers only in early March would make as much sense as opening beaches in October», Adds the executive director, who was questioned by JDD about the possibility of opening later. Stresses that traffic was recorded between March and April. “represents only 20% of the total“activities.

The aid plan deployed at the celebrations of the year was only a compensation. “minimum“Faced with the amount of traffic lost, claims Henri Giscard d’Estaing, while Club Med employs 4,200 people in its alpine villages,”most of whom are currently at home in part-time employment». «Club Med and its partners have been investing between 120 and 150 million euros a year for several years. One season is a turnover of 10 billion euros for all players. Opening up, even partially, would avoid despair», Concludes Henri Giscard d’Estaing.

His appeal echoes the one launched a week earlier by mountain professionals and elected officials. “The final date must be given no later than January 20 to best prepare for the February holidays“, Demanded the National Association of Mayors of Mountain Resorts (ANMSM), which also calls on the government tofully compensate for the losses suffered during these last months».

Read also:Skiing: 10 best resorts you can book with your family