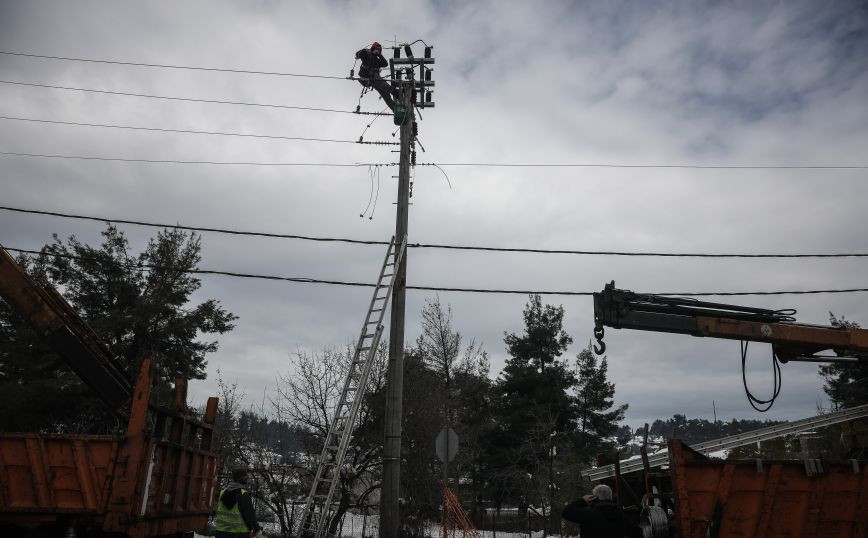 The tragedy took place yesterday in Naked Eretria in Evia with three technicians who lost their lives while working in a column, when they were struck by a current of 20,000 volts. Their colleague was injured. The supplier, engineer and project supervisor, who were arrested, were invited to give explanations to the authorities.

George Lambrou, a resident of the area, saw before his eyes a tragic accident. His description in MEGA is shocking. “I heard voices, I went out and saw a man hanging and burning like a candle from a pillar” He said.

Many questions arose for the cause that led to the deaths of the three workers.

“The question is that there have been 12 fatal accidents of electricians in the last year,” said the president of the Association of Electricians of Greece, Alekos Fleggas. As he said during the works, there was no power outage and, as he said, there is responsibility for that. “I don’t know if it will be revealed soon if any of the technicians had the proper licenses and how experienced he was,” he commented.

«The foreman had to be responsible. The causes will be investigatedHe added. In fact, he discovered that HEDNO many times is looking for craftsmen, it does not employ experts, but, on the contrary, the training takes place on poles. “Electric shock is the second leading cause of accidents and deaths in Greece,” he concluded.