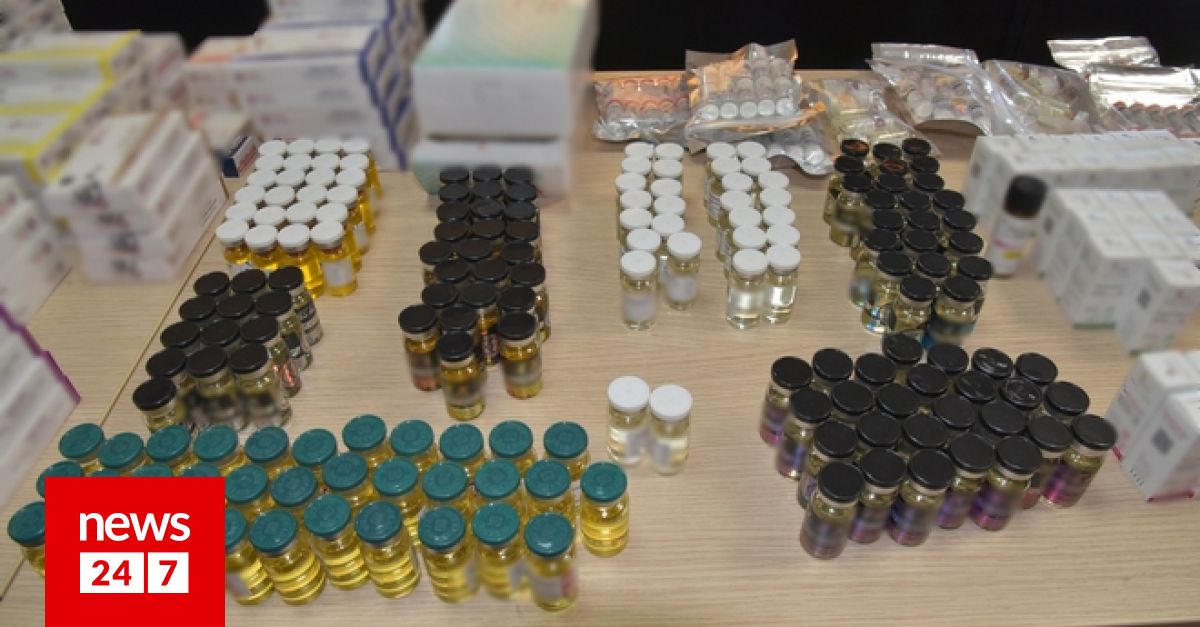 It was restructured by the Chief Financial Officer of the Greek police, a transnational criminal organization whose members systematically acted in the production, handling and distribution of anabolic substances in Greece and abroad.

They have been penalized for criminal cases involving the formation, integration and management of a criminal organization, food forsaking, exposure, violation of the laws on recreational and professional sports, addiction, money laundering of criminal acts, weapons and national customs legislation.

According to the survey data, arrested persons were intensified in a criminal organization, whose core features were hierarchical structure, different roles and permanent activities, specializing in the production, storage, marketing, handling, delivery and delivery of illegal and prohibited anabolic substances dangerous to public health.

At the same time, members of the organization organized and traded illegal pharmaceutical preparations used for the treatment of side effects of anabolic substances. The activity of the criminal organization has been set at least since last April.

As for the methodology that followed, the "head" organization undertook the import of finished anabolic formulations and raw materials from abroad (China, Poland), and then, in the Crete factory, the use of special mechanical equipment in the production of illegal anabolic products in its final form.

They then delivered other members of the criminal organization for further movement, marketing, and distribution to "end users", including athletes, while the shop for inadequate preparation was mostly through courier companies and vehicle members.

It was established that the criminal organization was active in different regions of our country, mainly in Atria, Crete and Epirus, expanding its activities to foreign countries (Poland, Germany and Cyprus).

A total of 141,639 anabolic drugs (tablets, vials, ampoules, syringes), 301 soothing substances and 40 tablets for drugs (141 tablets) were seized and confiscated in residential and other facilities used by members of the organization in Attica, Crete and EpirusMDMA), 6.520 grams of tobacco, 6.2 grams of cannabis, air gun and two knife, 13 gas tanks and 29 empty cartridges, mechanical equipment for the preparation of anabolic preparations, numerous raw materials, empty packs, 19 mobile phones, 9 computers 7 portable), two pills, a hard drive, and two storage media USB, US $ 155,499 and US $ 136, and a number of manuscript notes.

In addition, during the investigation, a women's organization was arrested for misdemeanor laws and false accusations. Please note that an investigation by the Economic Police continues to reveal any change in classical sport.

Those arrested in the case filed against them were brought to the first instance attorney in Athens.

Renia Louizidou for Dimitris Lignadis: “This leaves every sphere – it’s a scary trail”

Still! There is a cure for coronavirus!