The dice are thrown, a new age for Sklavenitis 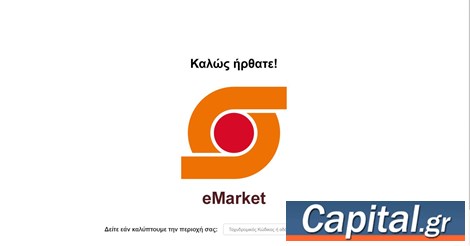 Tectonic changes in domestic e-commerce, and especially in online supermarkets, are expected to be caused by the official entry of Sklavenitis, whose e-commerce has been a reality for several hours.

The chain may have been present online since the beginning of the year through the caremarket.gr service, which it acquired and served through online orders and through cooperation with the e-food platform, but a big step in the era was made by the official service of its website. on the internet “air”.

The Caremarket website has already stated that this e-shop “gives way to eMarket Sklavenitis” and informs those customers who are already registered that they will not need to open a new account.

According to our research, the “basket” of eMarket Sklavenitis has 25 categories with more than 8,700 products, in addition to bazaar items (clothing, footwear, household items, seasonal and electrical items, toys, bookstore items, etc.), which will in the near of the future to be included in e-commerce collections.

For now, the Sklavenitis online store serves most of Attica, while it will soon cover other cities in Greece. As for deliveries, they take place from Monday to Saturday, from 07:00 to 23:00, for purchases of 30 euros and more postage is free, while for purchases under 30 euros is charged 2 – 6 euros, which is calculated on the basis of the kilometer distance from the Distribution Center to the place of delivery.

It is expected that the entry into the domestic online store Sklavenitis, which has a turnover of 3.28 billion euros (data for 2019), will have 497 physical stores, 6 distribution centers, daily serve 500,000 customers and employ 30,000 employees, create new data in a market that, although still in its infancy, is growing rapidly.

According to research by Convert Group, the domestic grocery online store will “catch” sales of more than 100 million euros this year, or more than double the electronic sales of 2019, which amounted to 46.7 million euros. July – September showed a growth of 183%, while in September sales almost quadrupled compared to the first months of the year (January and February) and increased by + 174% compared to September 2019.

As of today, Xiaomi Poco is becoming independent!

Watch videos with all the goals of the 4th match

Burned against Jerome because he had special treatment … from America

First time in GNTM 3: Nobody left