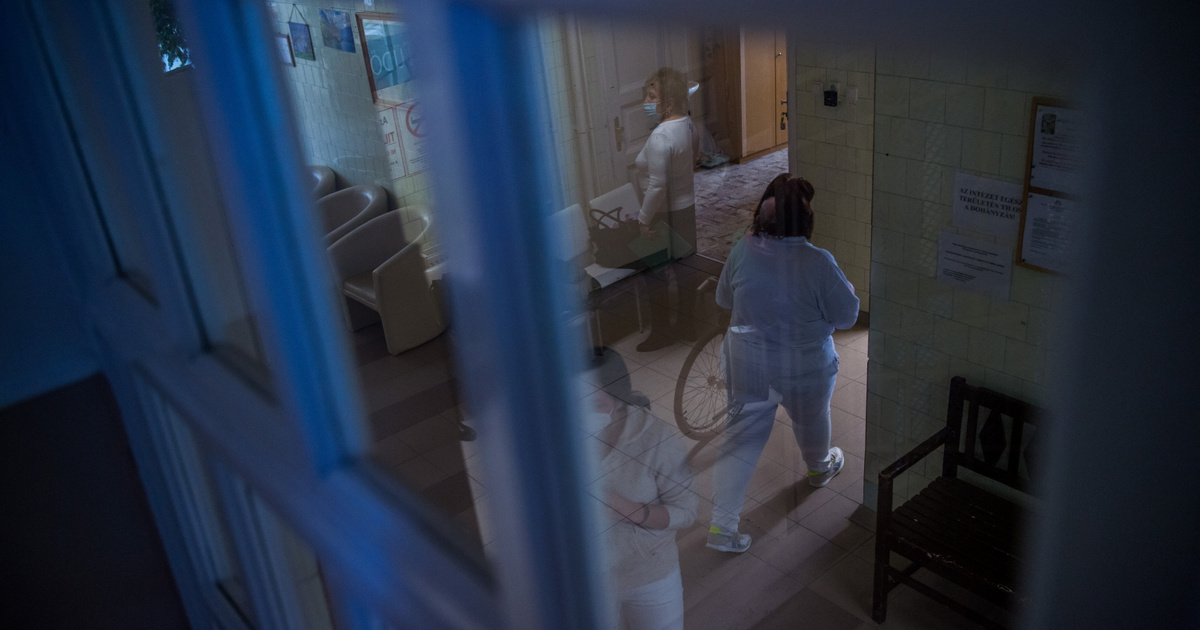 “The dropout rate at the clinical centers of the four medical universities was about 5 percent, and no clinic exceeded 10 percent. This will not cause a breakdown even at the organizational level, not to mention changes in the system at the system level, ”said Zoltán Berki, president of the Association of Medical Unions (OSZSZ), the umbrella organization of representative unions of medical universities. However, he indicated that this does not mean that 95 percent of health workers have signed a service contract because they believe the system is excellent. Their professionalism, loyalty to the employer and patients is what has always saved the system, and what has saved it now.

They see their job as their profession, they want to work and that is why most people are forced to get into a bad situation that they do not want at all.

According to Zoltán Berki, although the Hungarian Medical Chamber was present at the negotiations with the government or the National General Administration of the hospital (OKFŐ), the arguments and proposals of the health organizations did not seem to pass, with a few exceptions. The fundamental problem is that Employment Act C 2020 has not changed.

At two online conferences organized by the NSZL, the head of the university’s labor law department also said the legislation was full of legal errors and confusion, which was not improved by the subsequent implementing regulation and other related regulations.

The instructions of the OKFŐ tried to somehow reverse the situation, however, the decisions of the Head Office of the hospital to change the details of the contract were published even after many doctors and specialists had already signed their contracts. It would initially take 30 days to get to know and sign the employment contract, but in most cases a few days or less was not available.

It was an evening when we discussed the issue of contracts led by the University of Semmelweis, and when we finished, another decision of the OKF iza came out. Although official communication tried to articulate positive messages about fundamental change, some employees had no idea what was behind it.

According to the President, the general view is that this situation is unfair to health workers, because the signing of a new employment contract that includes a change in legal status will determine the long-term existence of workers and their families.

In the new legal relationship, there were three trade union concerns:

As for collective agreements, he says the signing of new agreements went smoothest where this system used to work and its content could be transferred to the new agreement. This has been largely achieved in the clinical centers of four medical education universities. There is a delay of several months in Szeged, but according to Zoltán Berki, this may not be a problem.

In the case of on-call allowances, it has already been a problem what on-call time, as defined by the Labor Act, means being prepared for a job with less work. At the same time, it is a feature of health care that fewer workers are burdened even more than ordinary ones.

“The problem is that health care providers also organize on-call services where there are more than 50 percent of working hours, while if this happens regularly, a shift should be organized.

But hospitals can’t do that because it would require more doctors, but no more. And the new law planned to reward on-call time with a significant additional burden of 70 percent of normal salaries, which is not acceptable in health care or elsewhere. This cannot be offset by an increased basic salary either

– brush the head of the NSZSZ.

He reminded him of the scale of anger in non-health professions when the level of commissioned and voluntary overtime work increased in 2019. In health care, meanwhile, employees work in a much more stressful conventional overtime system and this is the basis of overtime work that is undertaken voluntarily. In some departments, normal work requires employees to voluntarily take on additional overtime work in addition to “basic” overtime work. It’s been a serious problem in the system for years, and there are already a lot of people in the new status who haven’t signed up for it, many have removed a sentence about it from their agreement.

There was an expert in the capital who signaled to Index that they would indeed break the system when doctors with an increased basic salary terminated their well-paid voluntary overtime contracts, thus dismantling the on-call system.

Many years ago, the Medical Chamber even advised doctors not to want to volunteer overtime, making the current government apparent how scarce the workforce system is. So far, however, doctors have not come to their senses en masse.

Zoltán Berki also talked about professionals, their new status basically does not change their situation. The OSZSZ recommended to the State Secretariat of Health that, as with public culture workers, they receive a 30 percent increase in wages relative to the wage bill due to a change in the legal relationship, but the proposal did not pass. However, they promise that none of them can earn less than before, in comparison, many professionals have now left the profession, and proportionally there are even fewer of them than doctors.

Among those who have not signed an employment contract, the expert says the share of skilled workers is slightly higher.

“In many cases they go in groups, together they dare to reduce insecurity.

In many hospitals, large professional communities are created, not only cohesive, but with high knowledge and serious empathy, only to get tired and burn out over time.

In some institutions, local leadership does not seem to take its problems properly. I am convinced that if the management of the given institution listened to them and cooperated with them, their migration would not be continuous. “

Zoltán Berki drew attention to the fact that many doctors can now enter into fixed-term employment contracts, just as it is possible to hire a personal assistant for a fixed period of time. The time may come quite slowly when a doctor will also have to choose between public service and private practice. Now we still have the promise that anyone can get a part-time license. “We’ll see. There’s a promise, there’s no guarantee.”

The president is convinced that the new legal relationship has not drawn the poison of the system, which will make the future uncertain. Furthermore, even withdrawing gratitude money can contribute to this.

Problems will arise in the future because the biggest cart of the system is not motivated by the pay scale from top to bottom. Neither for good performance nor for good quality. At the same time, the doctor-patient relationship is based on intimacy and trust, so the patient still has a need for personal service. In part, this was embodied in gratitude money, which had motivational power. The good news is that the gratitude system will be phased out, but the question is how the current changes will affect the doctor-patient relationship. So far no one was able to send in the perfect solution, which is not strange.