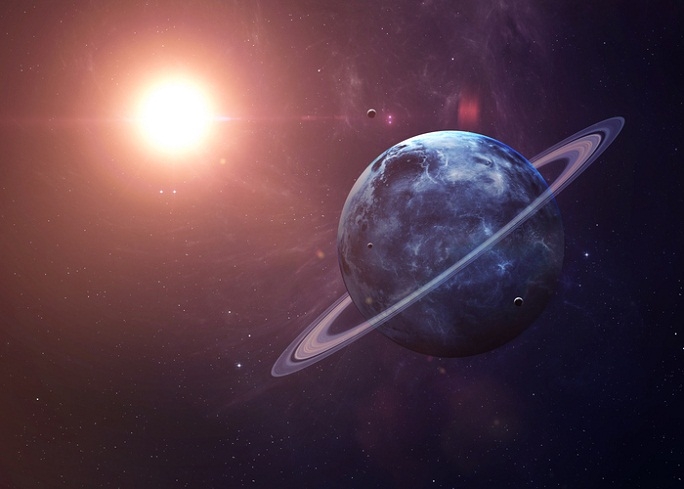 In a discovery that could help scientists learn more about Uranus, astronomers first discovered X-rays from this enigmatic icy giant planet in our solar system. Uranus is the seventh planet from the Sun and has two sets of rings around its equator. The planet, which is four times the diameter of Earth, rotates sideways, making it different from all the other planets in the solar system. Since Voyager 2 was the only spacecraft to ever fly Uranus, astronomers are currently relying on telescopes much closer to Earth, such as Chandra and the Hubble Space Telescope, to learn about this distant and cold planet that is almost entirely composed of hydrogen and helium.

In a new study published in the Journal of Geophysical Research, researchers used Chandra’s observations recorded on Uranus in 2002 and then again in 2017. They saw clear X-ray detection from the first observation, just analyzed recently, and a possible X-ray eruption in to those obtained fifteen years later. But what could cause Uranus to emit X-rays? Answer: mostly the Sun. Astronomers have noticed that both Jupiter and Saturn scatter the X-ray given by the Sun, much like the Earth’s atmosphere scatters Sunlight.

Although the authors of a new study on Uranus initially expected that most of the X-rays discovered would also be from scattering, there are tempting hints that at least one other X-ray source is present. If further observations confirm this, it could have intriguing implications for understanding Uranus. One possibility is that Uranus’ rings produce X-rays themselves, which is the case for Saturn’s rings.