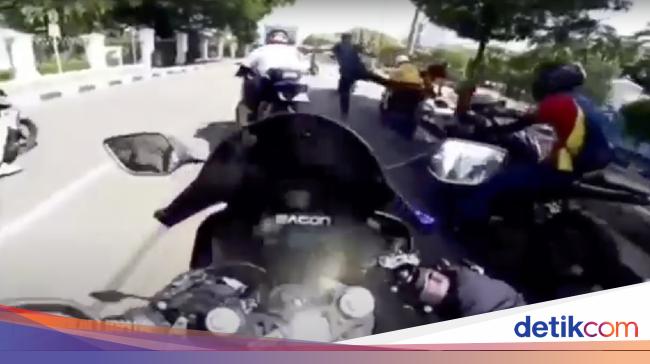 Police already know the identity of a ‘disobedient’ motorcycle that broke through a closed road to secure VVIP to Jl Veteran III, central Jakarta. Police called the engines today to seek clarification.

“Identity already exists. And we sent a letter with clarifications. Tomorrow (today) they agreed to come. To the Gakkum Administration,” said the head of the Gakkum Sub-Administration, Ditlantas Polda Metro Jaya AKBP Fahri Siregar when contacted, Sunday ( 28/2/2021).

Fahri said he initially called only one person, but the person invited was willing to invite other friends who were together when the incident occurred.

“We invited 1 person. But they agreed that several people came. We already know their identity. But from that 1 person who invited other people to attend. So,” he explained.

Police will later seek clarification regarding the offenses allegedly committed by motorists who broke into the Ring 1 area of ​​the Palace. Provisional allegations, motorists committed traffic violations.

“Yes, if viewed from social networks, there are allegations of traffic violations. So, we clarify about the violations, including later if there is a violation of the health protocol, we will first include it in the statement,” Fahri said.

“Later, as there may be a violation of the law, we will coordinate with the others. So the suspicion is for some time a traffic violation that occurred at the time of the incident,” he said.