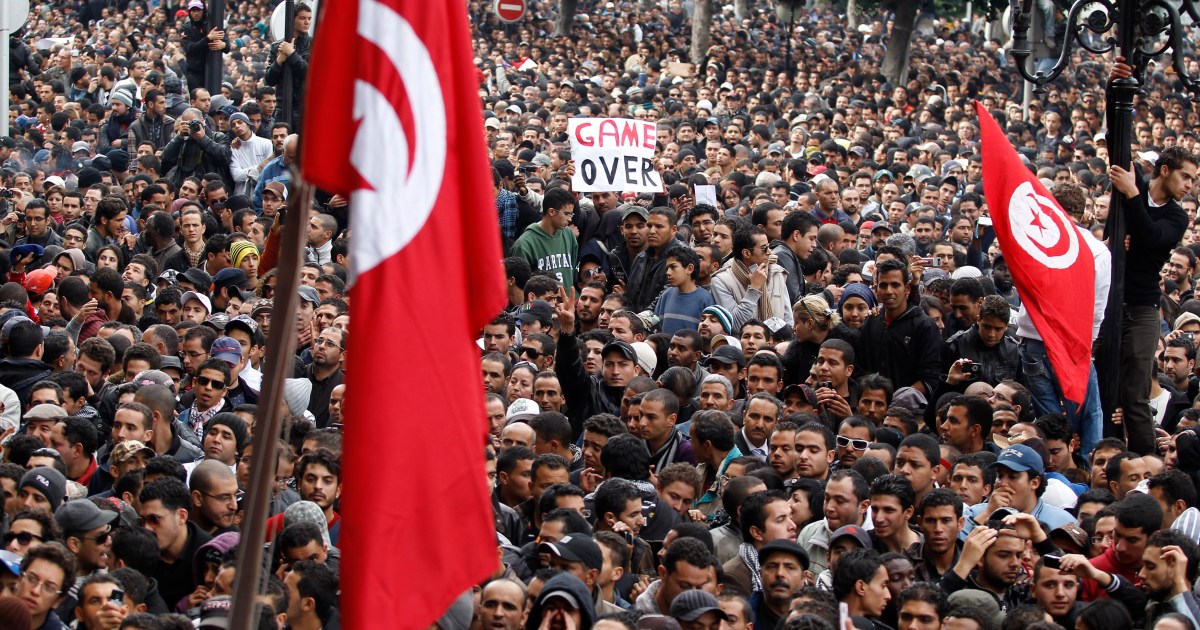 Ten years ago, anti-government protests in Tunisia, Libya, Egypt, Yemen, Syria and Bahrain raised hopes, within and without the region, that a pro-democracy, pan-Arab movement was finally flourishing. But other than Tunisia, the Arab Spring riots failed. And even Tunisia’s success is qualified: the national economy is crumbling, and its democratic experiment is fragile.

In 2011, many Western observers misunderstood the nature of the protests. Ten years later, unfortunately, too many still do.

The main myth to be shattered is the idea that the Arab Spring was a single, all-encompassing protest movement, when in fact it was a collection of discrete rebellions. Economic and political complaints overlapped across borders, but these were local, local protests against local regimes.

Aside from the inspiration that what might have happened in one place might have succeeded in another, there was nothing to connect the protesters in Tunisia, where the first demonstrations took place, with those in Cairo, Damascus, or elsewhere. There was no common thread, as in the wave of protests that swept Eastern Europe two decades earlier.

Furthermore, there was nothing distinctly “Arab” in the protests either. It is a misconception that the uprisings reported some common sense of “Arabism”. Frustratingly, many Westerners – as well as many Arabs and Arab regimes – continue to observe the region from the wrong end of the telescope, considering its inhabitants a homogeneous “Arab bloc,” when quite the opposite is true.

The so-called “Arab world” is actually a region of 22 states inhabited by approximately 400 million astonishingly diverse individuals, whose nations and identities are forged by a sharp contrast of genealogical, political, social, cultural, commercial, religious and linguistic traditions.

The final misperception to be overcome: the idea that the Arab Spring had – or will ever have – a solid end date. Demands for greater economic and social justice represent moments in continuity. Releasing from the grip of authoritarian forces will require a series of steps forward, followed by withdrawal or repression, followed by steps forward. This struggle is – and should actually be – a messy, repetitive process.

Still, there is still reason for cautious optimism. The good news is that the spirit is said to be from a bottle. Yes, authoritarian regimes within the region, most notably Egypt, have managed to bring it back so far, but the spirit, somewhat transmuted after each conflict, still stands out, as evidenced by the so-called second wave of Arab Spring protests that began in 2018 in Iraq, Sudan, Lebanon and Algeria.

Although Algeria has replaced its ruler but failed to change its regime, and Lebanon’s corrupt power-sharing arrangements stubbornly continue, protesters have shown no signs of giving in to the pursuit of justice.

But it is not only the West that must re-evaluate its view of the uprising. When and if the people of the region make further demands for democratization, they must reckon with their internal contradictions. How are, for example, protesters demanding expanded political and economic freedoms for all to reconcile why they continue to support restrictions on individual freedoms for some – especially women, religious minorities and LGBTQ citizens?

Residents of the region must consider the removal of thugs only the first step of a long journey, not a destination. The harder job, as Tunisians know well, will be the transition to and maintenance of democracy thereafter. And this will require the transformation of societies from within – not from above. A new generation of young, globally minded Arabs must take on both challenging calcified orthodoxy and increasing civil society participation in advocating for change.

This will not be easy, because in the postcolonial Arab world, dictators have consciously set out to numb the minds of their citizens, indoctrinating them with hypernationalist propaganda, exclusion rhetoric, and dogmatic religious discourse. This form of intellectual despotism has resulted in generations of Arabs who are not only deprived of a good education, but have been taught to be intolerant, wary of authority, and ill-equipped to thrive in a globalized, democratic world.

If democracy ever comes to life, the citizens of the region must begin to deprogram and reprogram their minds and learn to coexist with different views and ways of life, so as not to turn against each other, thus paving the way for the return of authoritarian rule.

The views expressed in this article are those of the authors and do not necessarily reflect the editorial views of Al Jazeera.