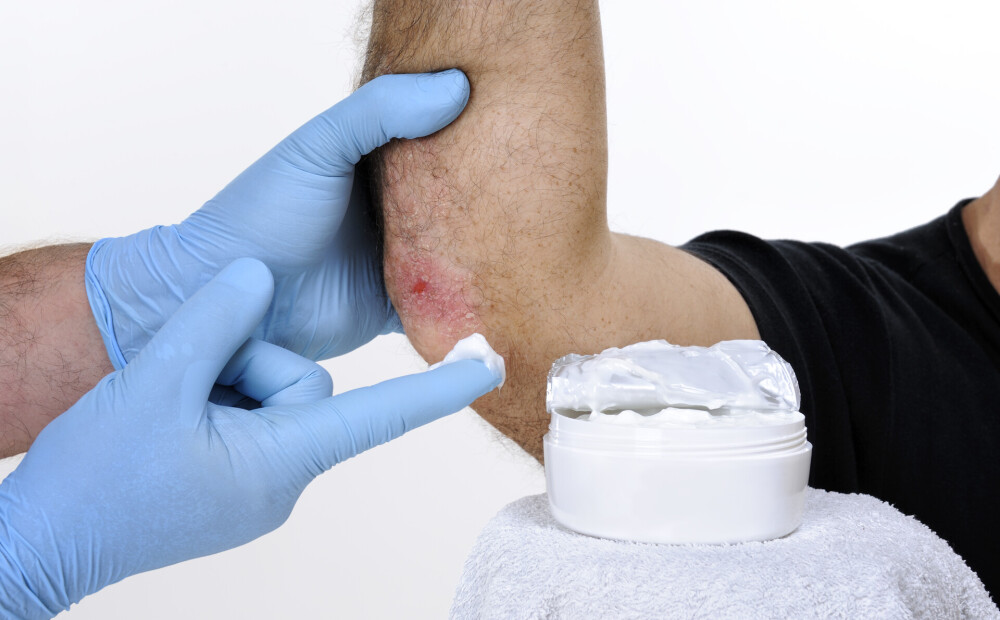 In winter, even for healthy people, the skin becomes dry, which is due to both wind and cold air temperatures outside, and the side effects of the heating season – too much dry air indoors. However, people who have to live with skin diseases like psoriasis, atopic dermatitis or seborrheic dermatitis do not get along easily because all these conditions only worsen the condition of already damaged skin.

“Psoriasis is a disease associated with skin barrier disorders – in places where there are foci of the disease, the skin is not properly built, so water loss through them occurs, they become even drier, irritation and itching appear. Anything related to the skin in any way it is also relevant in the cold season – the clothes are close to the skin and cause additional irritation, temperature fluctuations – it is cold and dry outside, but indoors – warm and dry. All this irritates the affected areas and worsens the disease. Of course, stress and other factors “, explains Ilze Jākobsone, a dermatologist from the Association of Health Centers.

The same goes for atopic dermatitis – since in this case the skin barrier is disrupted, in cold and dry weather the skin loses more moisture and the drier the skin, the easier it is to irritate. In addition, air temperature has no greater effect, but humidity. The situation is similar with seborrheic dermatitis – if there is a pronounced inflammation, it leads to loss of moisture and worsens the condition of the skin. The doctor says that everything is combined – both the climate and the clothes, and the stress factors.

“If a person has skin diseases, clothing should be natural, and it is also important what it means to wash it, especially in the case of atopic dermatitis, because these patients are more prone to asthma, developing various allergies (allergic rhinitis, conjunctivitis),” adds the dermatologist.

Skin problems cause not only physical but also psychological discomfort.

“Psoriasis manifests itself in places that can hide under clothing, on the elbows and knees and on the palms, in the hairy part of the head, and can also be on the forehead, around the ears. The localization of seborrheic dermatitis is similar. Atopic dermatitis, on the other hand, it very often affects the face – the eyelids, the mouth area and, of course, it can manifest anywhere else on the body, ”explains Jākobsone.

At what age do diseases begin to appear?

Atopic dermatitis can begin in childhood, is most pronounced in early childhood, and lasts until adolescence. Some people at this age get better – seizures become less frequent, not as painful as in childhood, but dry skin, prone to skin irritation, allergic reactions last a lifetime. The occurrence of atopic dermatitis in adulthood is uncommon.

Seborrheic dermatitis is common in adolescence and adolescence, although it can also occur in old age, and is more commonly associated with, for example, neurological diseases or oncology.

“There is a lot of uncertainty about seborrheic dermatitis, for example, why one of them develops but the other does not develop under the same conditions. Seborrhea is associated with the presence of androgens, a male hormone that stimulates sebaceous glands. Therefore, if a woman has developed the disease, it is necessary to check whether hormonal changes have occurred, ”says the dermatologist.

She continues: “Psoriasis in early childhood is relatively rare. It usually occurs around 16-18 or around 40-50 years. If psoriasis begins in adolescence, it usually turns out that the disease is already in the family history, so – there is a genetic predisposition – Leukocyte antigens, which can manifest in adverse conditions, most often in stressful situations, such as finishing ninth grade or high school, entering university, starting an independent life, and if stress can be experienced without stress, psoriasis may not occur even if there is a predisposition “The disease first appears in middle age, when the patient is examined for his family history, it is often discovered that psoriasis is already present, for example, in a child. This means that the person has not developed the disease for many years. ”The dermatologist says it can be caused by stressful situations, such as the death of a loved one, job loss and other severe emotional upheavals, as well as an accompanying disease that acts as a trigger for psoriasis.

What to do for winter prevention?

Creams and ointments for acute treatment are prescription drugs, while daily skin care products can be purchased at a pharmacy without a prescription. “If the period of worsening of the disease is approaching, you should visit a doctor in time to prescribe medication. The sooner proper therapy is started, the more successfully serious deterioration can be prevented,” says Jākobsone.

Phototherapy – treatment with ultraviolet light A or B – is an effective method to prevent or reduce deterioration. This can be done in October, November and winter only with proper skin care.

Only in the case of seborrheic dermatitis, if the worsening subsides, the person feels comfortable. Psoriasis and atopic detmatitis require special skin care throughout the year.

“If a moisturizer is suitable for skin care in the summer, then a thicker care product is needed in the winter season that better protects the top layer of skin and retains moisture. However, patients usually pay special attention to skin care, even if there is no deterioration, and daily “They use a moisturizing lubricant because the skin is fragile and exacerbations can occur at any time. Psoriasis has foci that do not go away during the dormant period. They have to apply a cream or ointment every time after showering,” says the dermatologist.

Skin care products usually contain, for example, urea, salicylic acid, which helps to normalize the process of scratching and peeling excess skin flakes, while providing hydration. The better the problem areas are cared for, the less exposed they are to irritation.

Problematic skin needs special care. “It is recommended to wash at least once a day with special detergent oils or products that contain additional nutrients and have mild cleaning properties. The range of such products is widely represented in pharmacies – soaps, shower creams, shower oils. Babies have a special bath emulsion. which can be added to water.Water should be hot or cold, not hot.If you have dry skin, it may be enough just to change the soap, but if there is atopic dermatitis or psoriasis, it will not be enough.Immediately after bathing, and even and moisturizer should be used immediately after hand washing, ”says Moon Pharmacy pharmacist Daiva Āboliņa.

Moisturizer is recommended at least twice a day. “It is important to choose an ointment or softener that contains a lot of oil and less water base. The cream should be thick, greasy, although it does not look comfortable. Such creams usually have an itchy and soothing effect. There is also an aerosol spray that can be sprayed” In the area affected by dermatitis reduces itching within a minute. Daily prevention of the use of moisturizer can also be useful for the prevention of atopic dermatitis in healthy babies, “recommends the pharmacist. On the other hand, if seborrheic dermatitis is in the hairy part of the head, Daiva Āboliņa recommends the use of anti-dandruff shampoo , leaves for three to five minutes and only then rinses.

The skin needs a healthy diet

A healthy, balanced diet is relevant in any case, confirms the dermatologist. “If there is prosriasis, fatty, fried, irritating foods should be avoided during the exacerbation phase. Nutrition is very important in the case of atopic dermatitis, especially if food intolerance or allergies have been identified.”

It is also important to restore fluid reserves in the body as it is severely lost through damaged areas of the skin. Drink at least one and a half liters of water a day.

Bad habits – they must be abandoned

Smoking and alcohol consumption are extremely harmful for atopic dermatitis, seborrhea and especially psoriasis of the hands and feet. “Smoking changes the blood circulation, but in the case of inflammation, blood circulation is very important. Alcohol in turn damages the liver, which cleanses the body of toxic substances,” says the dermatologist.

Excess weight should be reduced

Being overweight worsens the course of dermatological disease. “Sometimes patients say they’re fat because they have psoriasis. No! They’re overweight because they eat poorly and don’t move much. It’s not that some are genetically a little more rounded, but overweight, which worsens health. Of course not it can be said that when a person has a normal body weight and an active lifestyle, the disease passes, but its course is easier and it responds better to therapy, ”says Jākobsone.

4 recommendations for people with skin diseases

Others are currently reading

At the university, this is a precedent: a prominent commission is convened to investigate the alleged plagiarism of prosecutors

In Iran, a court sentenced another athlete to be hanged

Diāna Zande explains why, after 25 years of living together, she finally decided to get married – Apollo.lv