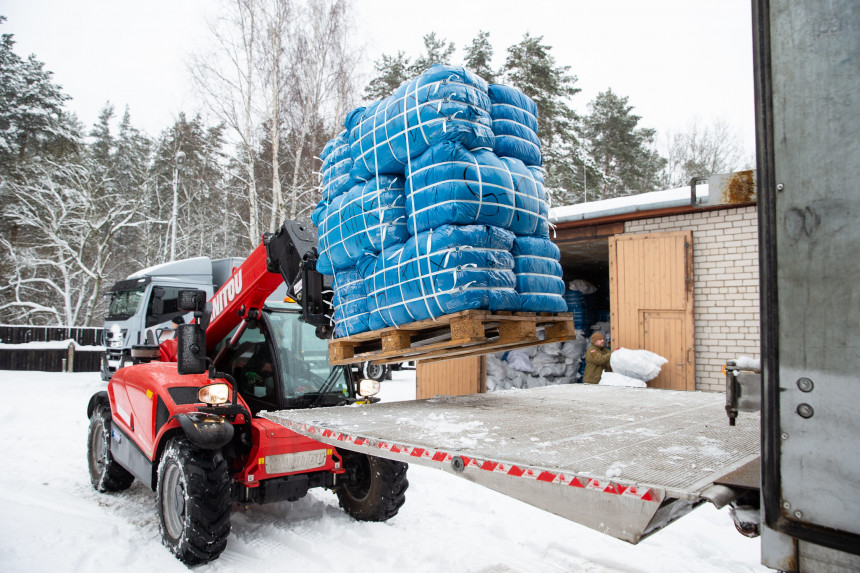 This week, soldiers and chaplain of the National Armed Forces Elmārs Pļaviņš will go to Ukraine to deliver twenty tons of humanitarian aid to eastern Ukraine for Ukrainian Armed Forces soldiers, their families and civilians affected by the war.

This will be the twenty-first shipment of humanitarian aid and will include clothing and footwear donated by the Swedish charity Erikshjälpen, six hospital beds in eastern Ukraine, the latest generation of functional clothing suitable systems for soldiers produced by the Latvian company SRC Brasa, Nada Foundation for family “donated hand sanitizers, household utensils, candles and groceries, baked bread from the farm” Kelmeni “and the farm” Kalna Kraucha “, as well as more than 100 packets of sweets prepared by the National Guard headquarters for children and families of Ukrainian soldiers killed in the military conflict, and the Staff of the National Armed Forces Instructor School.

Representatives of the Latvian defense industry will hand over a charity shipment to several Ukrainian municipalities and charities, which will deliver it to Ukrainian Armed Forces soldiers, their relatives and civilians killed in the war in eastern Ukraine.

For the eighth year in a row, the Latvian defense industry has been providing support to Ukrainian soldiers and their families affected by the military conflict.

Since the summer of 2014, children of the Ukrainian Armed Forces and soldiers of the National Guard of Ukraine have received shipments at the beginning of schooling, as well as gifts for Christmas, and cargo is regularly sent to Ukraine with humanitarian aid.

Since 2017, humanitarian aid has been delivered directly to the Donetsk region, where both soldiers and civilians need help the most, and their total volume already exceeds four hundred tons.

The defense sector delivers humanitarian aid shipments to Ukraine in cooperation with the Ministry of Foreign Affairs.

The Chaplaincy Service of the National Armed Forces regularly cooperates with the responsible units of the Ukrainian Army to provide support to Ukrainian soldiers and civilians.