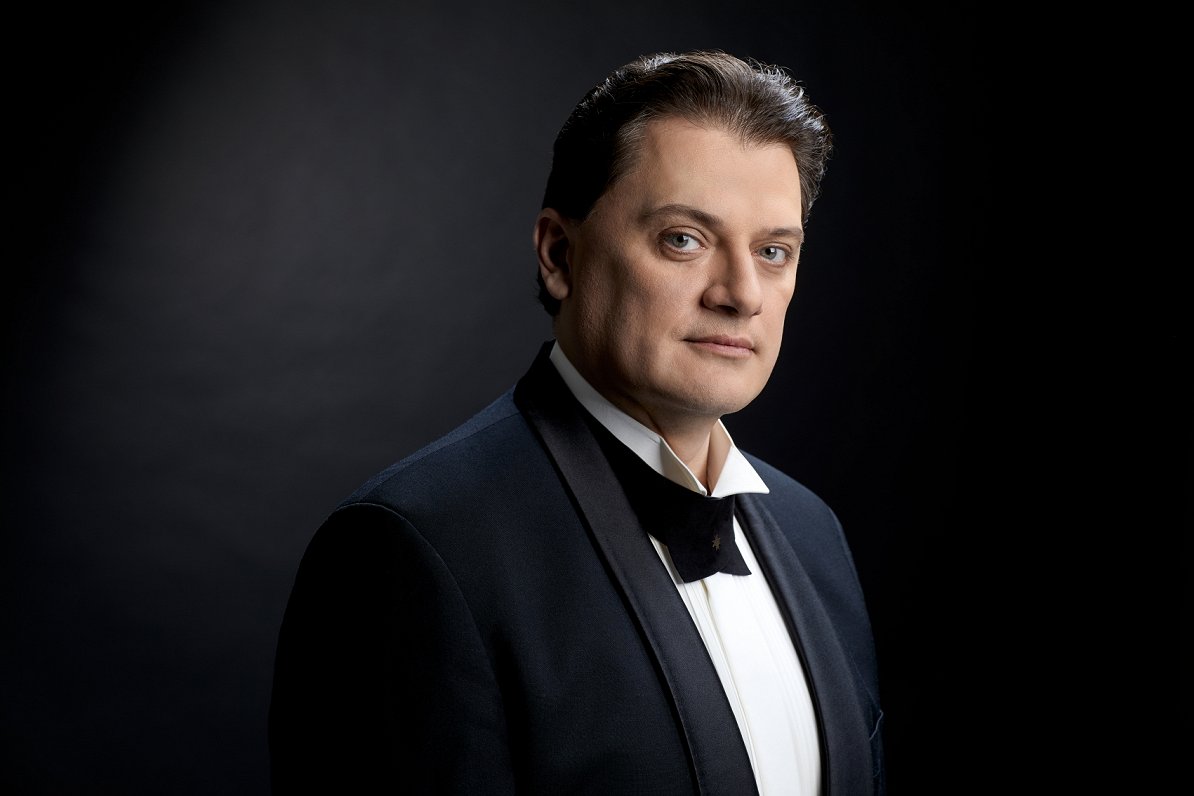 Džintari, Mežotne, Liepāja and Odesa – here are a few places where you will be able to hear the outstanding opera singer Aleksandar Antonenko in the coming months. This summer, just like a year ago, there is a lot of work. At times when the planned creative challenges suddenly fell due to the pandemic, the tenor did not despair – that is the worst thing to do. Antonenko, as he himself says in the Latvian Radio “Kultūras rondo” program, has learned a new repertoire, which the audience can now perform in person.

Ingvilda Strautmane: Honorary Artist of the Jurmala Festival – what does it really mean?

Alexander AntonenkoA: This means that I give advice on choosing a program to sing, I actively participate in the search for participants.

What will you sing at this festival?

This year, two concerts with my participation will be performed at the festival in Jurmala. One of them is a song by the Land of Gustav Mahler. Two soloists – me together with Zanda Švēde – and the Latvian National Symphony Orchestra, Andris Poga at the conductor’s desk.

On July 31, there will be a concert “Born in Latvia”, where I will sing Jose aria and Laura Greck – a duet between Jose and Michael. At the conductor’s table Ainārs Rubiķis.

Have you already sung together with Zanda Sveda?

Once. Probably last October, at the Andrejs Žagars memorial concert.

Looking at the calendars and repertoire lists of world opera houses, we see that many concerts and performances have been canceled or postponed. What does this mean in your creative plans?

Last year I didn’t even know what to do, how to get over it all. I lost everything – the production of Othello in Zurich, Turandot in Naples, concerts in Greece.

I turned to work in Latvia, made a program of Richard Strauss with Reina Zariņš. There was a concert at Riga Castle. Last summer was pretty busy for me. Many gradually, gradually returned.

I managed to learn a couple of new songs, so this year started off a little better than the previous one.

Although I can’t complain about last year, because despite the fact that all the “official” works fell through, I looked “unofficial”. [piemēram], the same Little Castle of Mežotna – Wax Festival with Tchaikovsky ‘s program. A lot needed to be done this year as well.

Maybe you could do some work that didn’t take time when there were a lot of these “official” duties?

I took the time to learn the never-sung “Loengrin,” and I also had one show with one orchestra attempt to sing – I debuted in Moscow on June 10th. I made my successful debut. They are inviting me next season as well.

In the meantime, I also learned Mahler’s “Song of the Earth.”

Very complicated. It requires abnormal internal tension of attention. It is completely unsung written and so as not to cry out for shouting, because the orchestra sounds thick after singing – it is very complicated.

Now you have rehearsals for the festival in Jurmala. What about singing at the Dzintari Concert Hall?

All right, comfortable. There is good acoustics.

You say something is slowly coming to life now. Can the same be said for world opera houses?

I can say that negotiations are currently underway with the Greek National Opera on the previously rejected ‘Othello’. They may have this new production. But for now, that overlaps with another company, Megaron – they have a big concert hall, where I have a concert. No one wants me to perform anywhere else at the time. For now, there is a controversial moment.

I see theaters gradually coming to life. In countries with social security, those working in the theater in the state (theater soloists, choir, orchestra) continued to pay 75% of their wages during severe pandemics and went to try, even though there were no performances. People like me who [ir] completely self-employed, who just flew out the window …

Nobody cares how you live, what you do. That’s right. So, falling into despair or panic is the worst thing that can be done. One should sit still and think.

Do you think so? [pandēmijas dēļ] are there risks to flying around the world and singing in different countries? Do you feel safe now?

I was vaccinated, even though I didn’t want to. Travel, work, but I will not conduct a PCR test every third day.

As for the works, I’m not sure. Since the meeting in Ovica, Switzerland –

I sang rehearsal, I was home at half past four and closed at 5pm – it could happen.

And then the artist has no compensation in any way?

Looking at what the contract is like. If the contract provides for a rehearsal fee, then performance fees are also reduced. If a singer is sometimes very highly paid, he does not receive money for rehearsals.

What are your immediate plans now?

Amber, then August 22 in Odessa.

Ukraine for the first time invites Alexander Antonenko to participate in a big concert.

You have Ukrainian roots.

That. The most interesting thing is that the very famous Oksana Volkova – Belarusian mezzo-soprano – will sing the scene “Peasant Honor” from me. We are both there – Belarus and I – a Ukrainian born in Latvia.

It will be interesting!

On August 27 I still have my solo concert at the festival in Liepāja with Gintars Rinkevičs. I have a lot of work. At least until the end of September.

If an artist has a lot of work to do – that’s fine.

That’s good, very good. I can tell that man [..] something needs to be done. Do something. Occupational therapy so-called. Do things you’ve never done before.