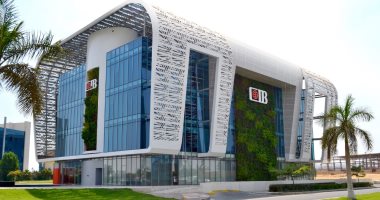 Investment Bank Pharos retained its neutral recommenda- tions for Commercial International Bank shares at a fair value of 105 pounds, adding that at current market prices, the prospects for stock upgrades surpass the probability of falling to the logic of the baseline analysis.

Commercial International Bank trading stocks are multiples of 9 times and the book value multiplier is 2.1 times for 2019. These multiples are less than the historical average 3 times and are recorded in "Monday and Departure".

FAROS is one of the main positive points of CIB's financial statements during the third quarter of this year, despite low credit activity, high margins due to increased treasury bills, which makes up 40% of total assets since September 2018 Compared to 37% of June 2018.

He added that the net interest margin increased to 7.8%, but after the limitation of the continuous accounting treatment of unpaid interest of KM 1,057 million recorded in interest income fell to 6.3% In the second quarter (5.6% ), after a decline in the impact of 761 million unused interest treatment, the third improvement in investment income, instead of the quarterly decline in level of fees and commissions, quadruple, improved efficiency levels, cost and revenue ratios decreased by 400 points to 22%, V. the power of the capital base, where the ratio of capital adequacy is 19.1%.

However, he warned that the loan portfolio fell by 1.9% compared to the same period last year, mainly due to a fall in corporate finance of 3.5%, but household loans recovered part of this decline after a 5.2% increase in fourth quarter and real tax rate of 21% At 26% in the third quarter.