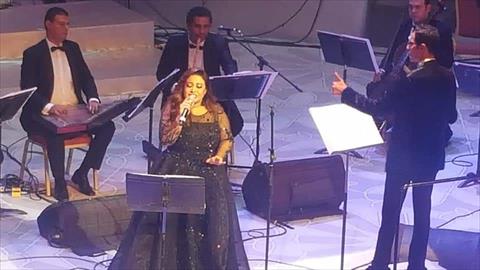 Singer Riham Abdel Hakim held a concert night at the 27th Arabian Music Festival on Thursday evening and a conference held on the grand stage of the Egyptian opera house.

He also sang his song "The Paper and the Pen" and the song "Sweet Need", which ended the musical break, under the guidance of Maestro Ibrahim Al-Mojia.

The festival will be held from November 1 to November 12, and will include 43 concerts and music.