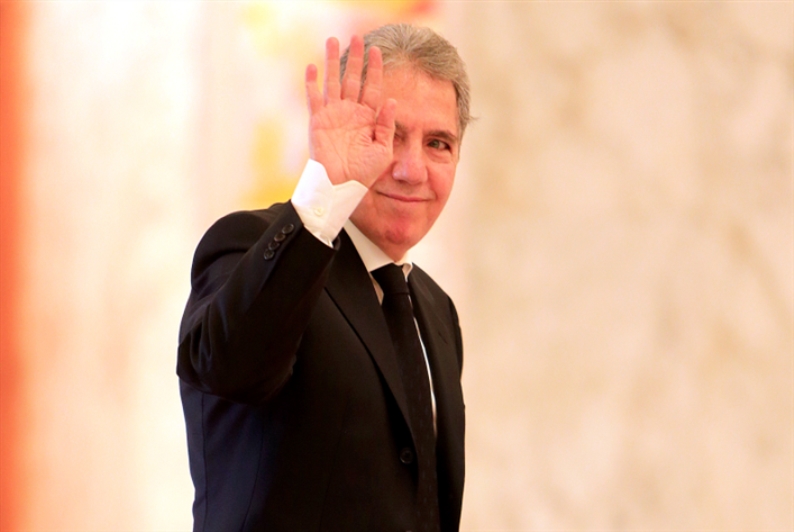 It has been four months since the law on the abolition of banking secrecy was passed without revision in the Banque du Lebanon on the way to implementation. The wholesale hurdles facing the launch, most notably: endless correspondence revolving around a vicious circle that seems to have no business but to gain time. All this is happening because all parties confirm their cooperation with the audit firm! But yesterday the “debate” became public. Riad Salameh confirmed that he had handed over all the accounts of the Banque du Liban to the audit house, and Ghazi Wazni lied, believing that his words were contrary to reality, as only 42 per cent of the required data had been delivered, in exchange for refraining from delivering most documents, including information related to the bank, such as its structure, accounting systems and rules that the management has …

The public disagreement between the Ministry of Finance and the Governor of the Central Bank of Lebanon regarding criminal oversight only means more disruption to the file, as time goes on, which is becoming more complex. Riad Salameh comes out with a statement confirming the decision of the Central Council of the Banque du Liban to cooperate with the audit firm, and then conveys the indication that he submitted all the accounts of the Central Bank on 13 October. Although monitoring sources assume that Salameha’s statement is a response to the position of the President of the Republic, who spoke the day before yesterday (in an interview with his colleague Adam Shams al-Din, published on the “Al-Jadid” website) about the delay that prevents criminal proceedings, did not prevent the Minister from being provoked by Finance Ghazi Wazni, who understands that the content of the statement is no different from the content of the last book he received from the Banque du Liban. Therefore, Wazni posted a statement on Twitter, condemning Salamis’ words, claiming that what he provided on that date was only a fraction of the information requested by Alvarez & Marsal, which is in charge of auditing the Central Bank’s accounts.
The battle for criminal oversight, described by the President of the Republic as a battle for liberation, “will happen,” as he told his colleague Shams al-Din. But that doesn’t obscure the fact that “the job lasted a week. They sent them letters and memos for four months, and then people asked who the criminal audit looked like?”
There are few who want criminal surveillance. Four months that have passed since the adoption of Law no. 200 are filled with letters without work, but with a waste of time. As for the Banque du Liban’s continued assurance that it would cooperate with the audit, it did not turn into meeting Alvarez & Marsal’s request to continue working. The company previously mentioned these requirements in two separate letters to the Ministry of Finance (1/6/2021 and 2/28/2021). The company requested that the Banque du Liban provide concrete evidence of cooperation with it, sending data that it had previously refused to provide to the Ministry of Finance, provided the latter responded, and then sending them to the company for evaluation. If it is sufficient to start the audit, it will inform the Lebanese government of its final decision on whether to renegotiate or not.
All of the above simply means that a long waiting period can end in a company refusing to complete its work, which necessitates the search for a new company to take over the task, and thus the need for additional months.
As a result, the statement by the Governor of the Banque du Liban and the response of the Minister of Finance are nothing more than a continuation of the “official” dispute started after the book sent by the Governor of the Banque du Liban to the Minister of Finance and the answer sent by Ghazi Wazni to Riyadh Salameh.
On March 24, after a meeting of the bank’s central council, Salameh addressed the finance minister to inform him that the central council had made a second decision regarding cooperation with forensic audit firm Alvarez & Marsal (the first decision was made on February 10). confirming the bank’s obligation to cooperate with the company and to establish accounts linked to all government accounts and bank accounts held by the Minister of Finance.

The Central Council approves the making available of the computer to the audit firm!

On 13 October 2020, the Bank indicated in its letter that it had submitted all the accounts belonging to it to the Minister of Finance through the Government Commissioner at the Banque du Liban. He stressed that “I am fully prepared to provide all the facilities that insure the company in question, in order to begin the audit process.” To this end, “the Central Council considers it more convenient for a company to make a separate computer available to download all the necessary data from it.”
As in all previous books, the Bank reiterated the need for this information not to be used, except for those who have the ability and for the conditions and purposes for which it was given, and not to share this information with any internal or external party other than those with which she exclusively contracted.
The Lebanese Bank’s book arrived at the Ministry of Finance five days after its issuance, on March 29, and was answered by the Minister of Finance yesterday, confirming what was stated in his statement via Twitter regarding his rejection of the bank’s indications that it had submitted its full accounts. Wazni explained that what the Banque du Liban submitted on paper to the Ministry of Finance “are not accounts belonging to the Banque du Liban, but consist of documents and data requested from Alvarez & Marsal on the Information Request List. He reminded that this information “, according to the company’s assessment, was not enough to initiate the forensic audit procedure, and insufficient documents prompted her to terminate the contract signed with the Ministry on November 20, 2020.” Accordingly, Wazni stressed that the data submitted to the Ministry of Finance represented only a modest part of the data required in the data list, which contained a request for information on: accounts, accounting information and systems, bank structure and organizational work, management and control rules adopted. , infrastructure for collecting technology, information, as well as electronic equipment in the bank.
Wazni recalled a letter sent by Salama to the Ministry on October 14, 2020, in which he explicitly confirmed that 42 percent of the required documents had been deposited, and that the rest was in violation of applicable laws and that some of them could not be answered because of their connection with the company’s request to attend the bank was prohibited, which the bank categorically refused.
Wazni asked: Is it possible, in light of the co-operation desired and in light of the provisions of the law to abolish banking secrecy due to audit needs, that finances expect to receive the remaining 58 per cent of documents to match the data sent by the Banque du Liban requires “Alvarez”? If this is achieved, then the second step should be to inform the company of the results of this match in line with what it has proposed to restore the confidence lost in business with the Bank of Lebanon, and how to achieve this, after its assessment, make a final decision?
Accordingly, Wazni confirmed that “what the Central Council considered the filing of the bill was an incorrect incident and contradicted reality.”
In response to the Central Council’s proposal to make a separate computer available to companies, Wazni said what the latter has demanded since its inception is that it can access the central bank’s accounting system and be in the bank building because documents do not need to be taken out of the building. perform its tasks, and it is not an independent computer that can be made available to it.
Even the bank’s reference to the necessity of respecting data confidentiality and the need not to use it except by those who have the capacity and not to share it with any external or internal party, my weight did not pass them on, indicating that it was “Nothing but of lost fear “.
What happens after this intense discussion between the Ministry of Finance and the Bank of Lebanon? The next round will be a virtual meeting held by the two sides with Alvarez & Marsal, confirming its importance. Will this be the actual start of forensic surveillance or a new round towards major obstructions?