Sugariya and Hashem's proposal to extend non-residential rent was rejected 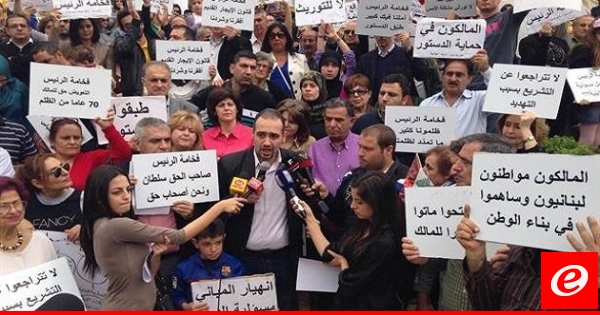 He called on Rizkalalla to "propose legislation passed by the deputies Alwaleed Sukkariyah and Qasim Hashim to the administrative and judicial committee to acknowledge the direct increase of the rent quota because owners can not spread injustice to their own right, and especially if there are unpaid rent rates that do not exceed two hundred thousands of pounds a year, and tenants make illegal profits. "

He called on Prime Minister Saad Hariri's duty to issue an implementing lease on the board and the bill, and in particular that the tenancy lease laws ended in 2023, and the owners have a high rent rate of 80 percent at the beginning of 2019. "

"Trade union intent is the challenge of any law that would expand the injustice of the owner to non-resident stocks and a series of actions in the case of constant injustice to old owners," Rizkallah said.