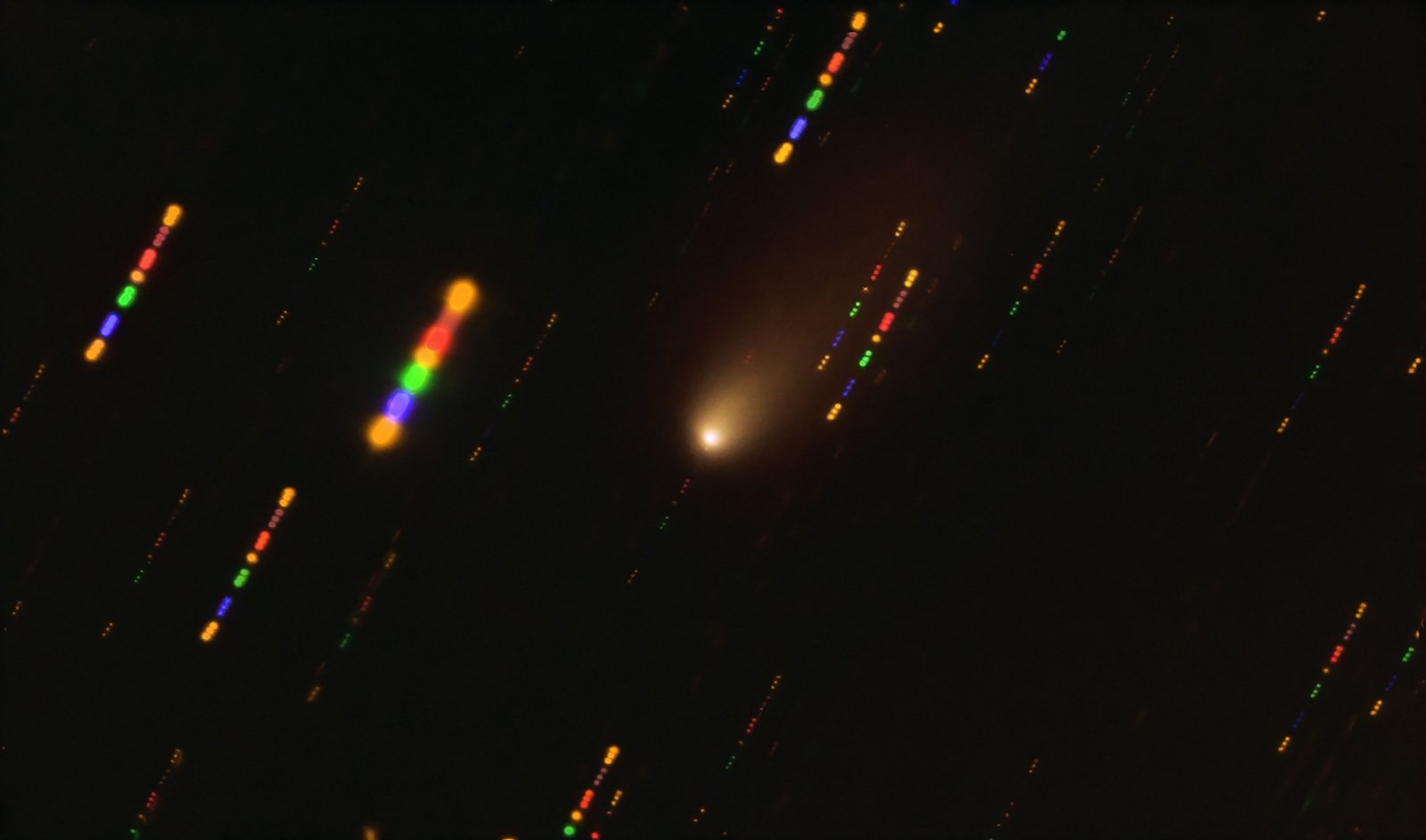 Astronomers consider comets intact, which have never been close enough to any star to change their structure due to the great heat.

Comet 2I / Borisov was discovered in 2019 in the MARGO observatory of Ukrainian astrophysicist Henady Borysov in Crimea. It is so far the second body of the interstellar universe to be observed in the solar system.

The first was the asteroid Oumuamua, whose Hawaiian name roughly means “reconnaissance.” He confused scientists with his unseen qualities.

The orbits of both objects are not limited to the solar system, so it is likely that they flew through interstellar space from other stellar systems.

In an article in the journal Nature Communications, the international team noted that Coma 2I / Borisov, the mantle of rare gas and dust surrounding the comet’s core, polarized light more than conventional comets.

This is considered proof that this comet probably never flew close to the star of its system to which it formed before embarking on an interstellar journey.

The heat emitted by the star can evaporate the comet’s ice, releasing dust particles in it.

Lighter particles fly away, forming a comet’s tail, while heavier ones accumulate on its surface, forming a shell.

By observing the comet’s tail, scientists can determine how much the object has been affected by the heat so far.

Lyudmila Kolokolova, co-author of the study at the Department of Astronomy at the University of Maryland, explained that the conclusions about the 2I / Borisov condition were made by observing the comet coma.

“Since we noticed a very homogeneous coma, with no signs of nozzles or other properties, we assume this comet has no shell,” she told AFP.

“So it’s a really intact object, which is little affected by radiation and charged particles,” she explained.

The researchers said that only one other comet studied so far had similar polarizing properties of light – the Halley-Bopp comet, which was discovered by amateur astronomers in 1995.

Another article published in the journal Nature Astronomy analyzes the dust coma 2I / Borisov. Scientists have concluded that the comet is surrounded by a cloud of “gravel” particles.

This compact halo of fairly large particles may be due to the peculiarities of comet formation, “perhaps because of the giant interference of planets, similar to our solar system,” said Bin Yang, an astronomer at the European Southern Observatory.

According to her, there are indications that 2I / Borisov is “quite similar to any comet in the solar system.”

It is likely that there are more objects in the vast expanses of space, similar to the two observed so far in the solar system, she added.

“We think there are a lot of asteroids and comets around other stars,” Bin Yang told AFP.

“Unfortunately, since we and other stars are very far apart, the chances of finding these wandering objects are extremely slim,” she stressed.

Even with the largest comet search telescopes, scientists can expect to detect only one such object a year, the scientist predicted.

It is not allowed to publish, quote or otherwise reproduce information of the BNS news agency in the mass media and on websites without the written consent of UAB “BNS”.