Not much is known about Palm Sunday: so there is no way to read the verb 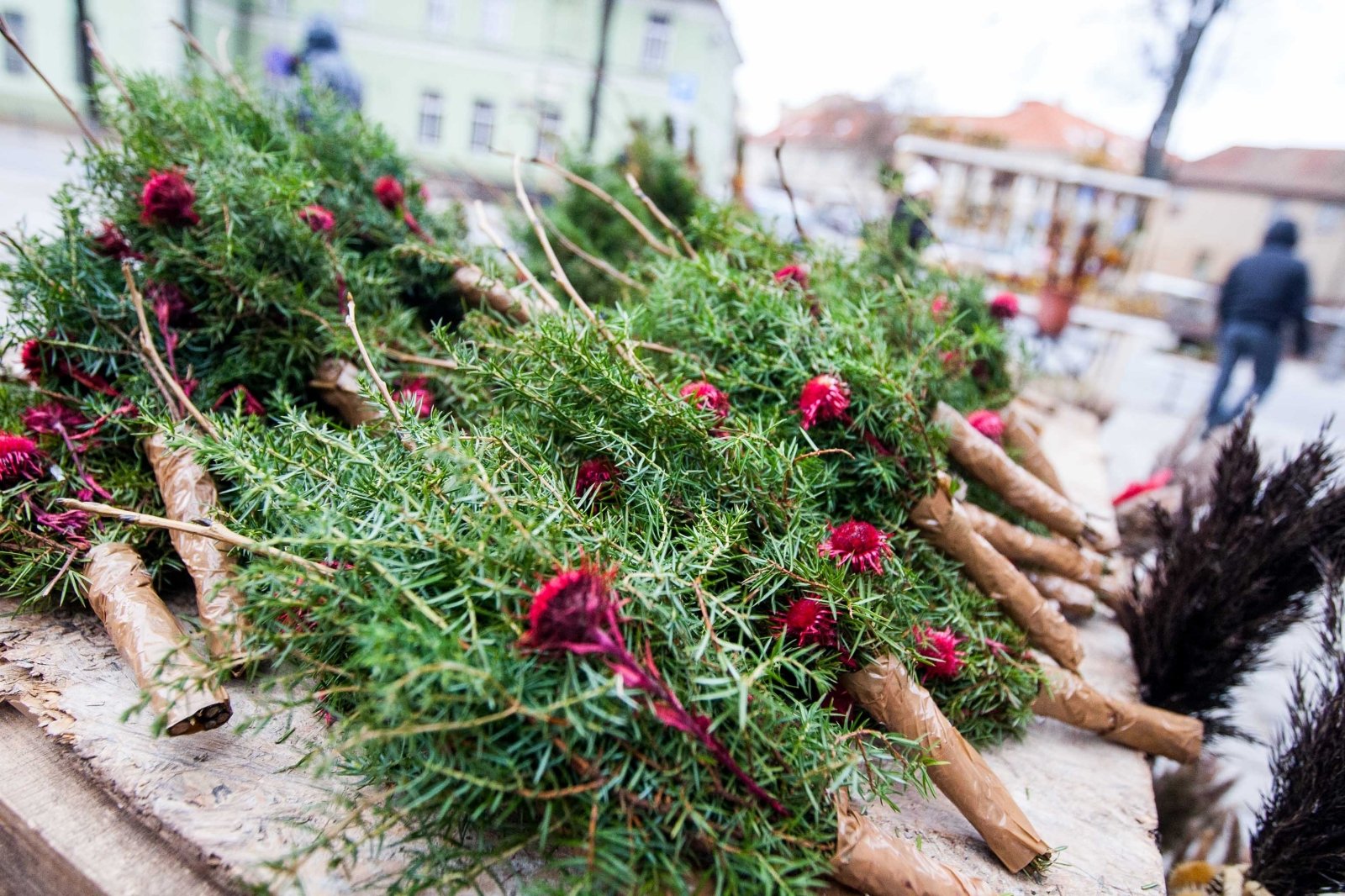 – People know the meaning of Christmas or Easter, but I doubt that many, especially younger, Lithuanian question that we celebrate on Palm Sunday, many would not answer. So what is this celebration, what is its true meaning?

– Verb Sunday is inseparable from the main attribute – the verb. Two planes can be seen in his conception: natural and connected with Christianity. The New Testament describes Jesus ’entry into Jerusalem and how people placed palm branches under his feet as a sign of greeting to the Messiah. Thus, the verb is associated with this religious narrative, but the verb also sees another, more archaic meaning related to the intuitive sense of nature and human rebirth in the spring.

– So Palm Sunday is not just a religious holiday? Is this a spring awakening celebration?

– Yes, it is one of the celebrations of spring awakening, because in the spring we have more than one celebration associated with the revival of nature, renewal. First of all it is Mardi Gras, then in March, after the equinox, there are storks. Then the stork is considered the prophet of spring, and soon, on Palm Sunday, the verb in which it is believed that concentrated vital forces become a symbol of celebration and a necessary attribute. 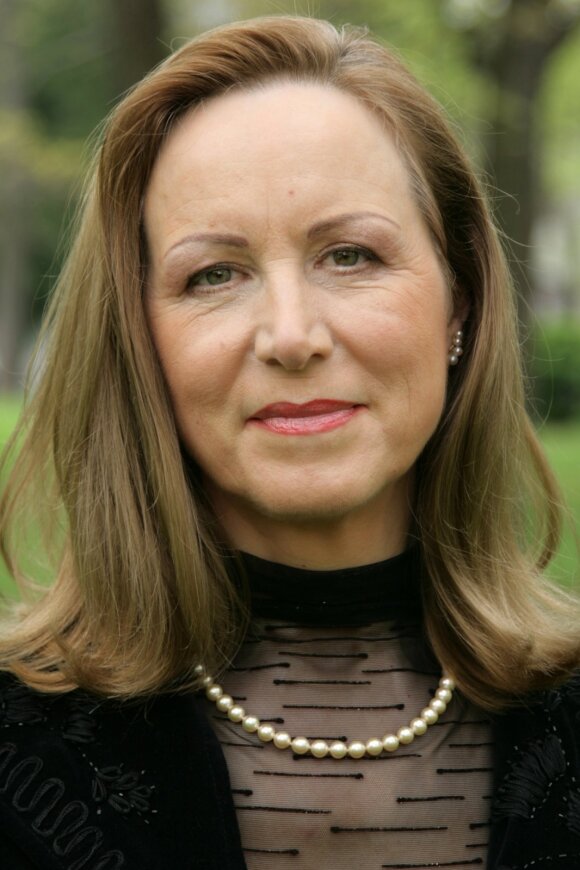 – What should a traditional verb look like? Is it a conifer twig or is it a decorated, colorful verb sold at city fairs?

– In Vilnius we usually see the verbs juniper. Composite bouquets of juniper and willow are sometimes made. Willow and spruce are considered to be the most typical, essential plants from which the verb is connected. Back in ancient times in Samogitia and Dzūkija bouquets were decorated with colored papers and ribbons. Dried plant verbs and colorful verbs are also produced in the Vilnius region. They are later, but they also symbolize the spring revival of nature, man and the world. 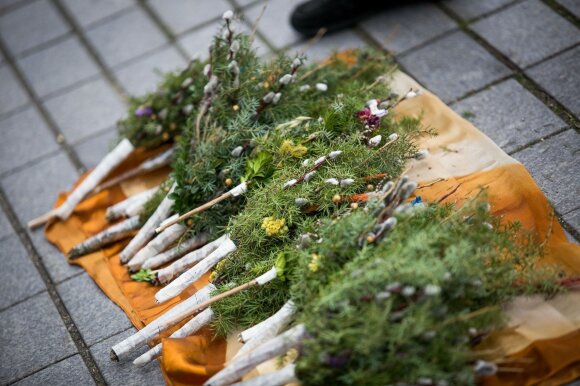 – Where did the name Flower Garden come from?

– Lithuanian came from Belarusian, East Slavic languages. The Belarusian verb, the Russians call not only that bouquet, but also a certain tree, namely the willow, the raw material of the festive bouquet. And in Lithuanian songs the word “verba” is often used to refer to a tree. It is a verb that grows in a big fairy, behind Marius, behind the Danube. It is sung that there is golden dew on that tree shaken by three birds. So, even in the poems, this plant is idealized, mythologized and has long been considered special, sacred. Willow with its buds, kittens – one of the first plants, whose expression is a sign of spring, in which the life force is particularly strongly concentrated.

– Is the modern celebration of Palm Sunday very different from the one that took place at that time? Can we say we are losing old traditions?

– Yes, now we really sometimes forget the tradition and don’t really understand their true meaning. I believe that at a time when the situation is so difficult and we want to be healthy, protected from various dangers and diseases, this tradition should be relevant and able to be reborn. From time immemorial, as I mentioned, it was believed by the magical power of verbs that by touching the ground a man can give vital strength, health, strength. Not unnecessarily, on Palm Sunday morning, the earliest family members were beaten with whips, saying, “I’m not beating, I’m beating, I wish you health, be happy.” Faith, however, has very strong strength and power. Although symbolic, we now realize that it is a symbol, a tradition passed down from generation to generation, but faith can do wonders in every human being. We can now update this holiday.

– Is it necessary to celebrate a verb according to old traditions?

– It depends on a person’s beliefs: some go to church, they can even consecrate. Others may keep it at home, because willow, blind and spruce have long been considered sacred. As early as the 17th century, the historian Matas Pretorius wrote that the Prussians, Samogitians and sage considered spruce a sacred plant, associating it with some of their gods, namely the god Puškītis, a natural god associated with forests. So, in themselves, these plants are sacred, because they are sacred and all nature, especially when it spreads, renews when such vital forces are born in it. 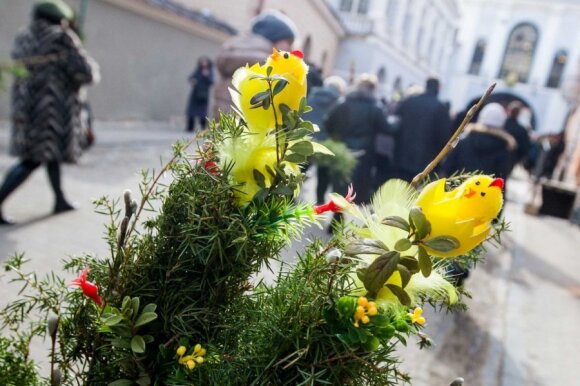 – In the end, is it true that last year’s verbs should not be thrown away?

– No, verbs can’t be thrown away. They had a strong protective function, they protected the house from various dangers and took care of the inhabitants of that house. Earlier in the village it was believed that the verb protects against thunder, fire, evil spirits. People kept the verbs all year round and it was only possible to burn them as the next Verbal Sunday approached, and the verbs could in no way be thrown away.

It is strictly forbidden to use the information published by DELFI on other websites, in the media or elsewhere, or to distribute our material in any form without consent, and if consent has been obtained, DELFI must be cited as a source.