The Kaunas District Court investigated the appeals of the executive court of Regimantas Budreikas on November 14 and decided that the owners of the so-called Vijūnėlė property had to pay a fine of EUR 50 for each day when they were late due to failure to complete the court's decision to demolish the building.

"For ZP. and Z.P. interested parties (Zilvinas and Zinas Povilonis – 15 minutes In favor of the State Office for Spatial Planning and Construction under the Ministry of Environmental Protection of the relevant party for delay in the decision of the Vilnius Regional Court, for any delayed fulfillment of the obligation since the day of computation (data not classified), "shall be recorded in the court order. October 31 this year. 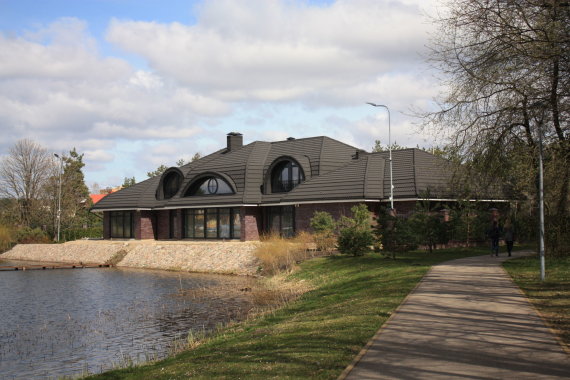 Also, the owners have 300 fines for failure in accordance with the decision of the Regional Court in Vilnius in favor of the State Inspectorate for Physical Planning and Construction for the period from 22 June 2017 to 30 October 2018.

Appeal may be appealed to that decision by the Kaunas District Court within seven days of the pronouncement of the Verdict. Those entrepreneurs plan to do it 15 minutes Zana Vašac, a lawyer representing Kaunas, was informed. According to her, entrepreneurs believe that the verdict is unfounded.

"Now there is an appeal to the amendment, my clients are honest customers, now the situation is such that if this building moves to the state, then the state can have it.If it belongs to a natural or legal person, it means that he can not endure such a person.

In the case of fines, it is important that the European Court of Human Rights (ECtHR) recently explained that if the state, the courts, the honest acquirer, in this case, my clients did not do so because of their guilt the state institutions had badly issued documents and constructed them, the state had to compensate them for the costs of the demolition.

What result do we have? The state itself is pushing its clients to crack down on them, but the Supreme Court can still decide that the building can move and move to state ownership. If the state encourages my clients to break down, then the same state through the institutions will have to compensate for the demolition itself, it is quite illogical to my clients' point of view, 15 minutes explained the business representative. 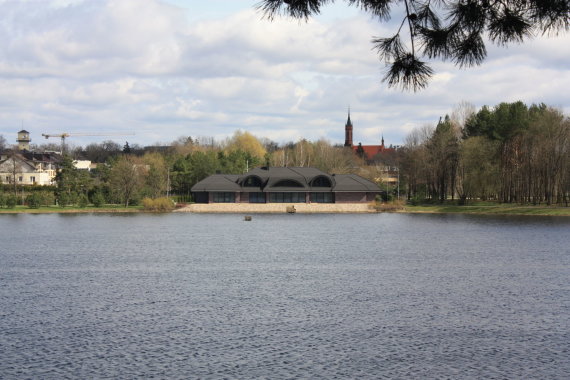 On December 22, 2016, the Regional Court of Vilnius decided that Vijūnėlė castle would collapse and take half a year. The owners of this decision appealed to the Supreme Court, which on 22 June last year confirmed that the so-called " Viyunel's estate should collapse.

On December 22 last year, the deadline to which the owners had to demolish illegally recognized 600 square meters. m area in the central Druskininkai park near the Vijūnėlos lake.

Property owner, entrepreneur Ž.Povilonis, disagrees with court decisions, and turned to the European Court of Human Rights. The Regional Court in Vilnius also sent a lower court in June to consider the petition Ž. Povilonis for the possibility of restoring an unacceptable structure rather than breaking it down.

The building was built in Druskininkai Center, renamed Vijūnėliai estate in a residential area in 2013. Druskininkai Municipality and local landowners gave permission for construction. Initially, assets belong to Alytus, the patron of a security company Romui Baranauskas, and later Zanzibi's spouse Zilvinas and Zinas Povilonis.