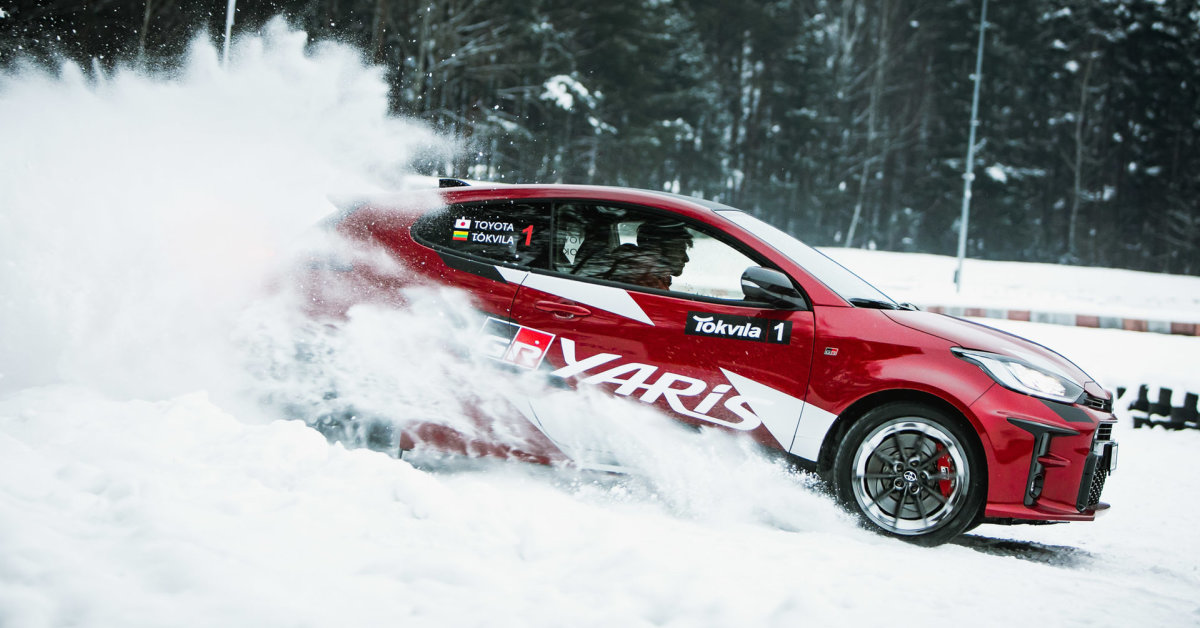 Toyota has pledged to produce 25,000. such cars for public roads, the report says.

GR Yaris is already in Lithuania

The first Toyota GR Yaris models with exceptional features arrived in Lithuania: a two-cylinder hot hatchback, weighing only 1,280 kg, has a three-cylinder engine, 261 hp of 1.6 liters, a specially designed all-wheel drive and manual transmission. But it’s not just an improved Yaris with a more powerful engine and a second drive axle. The GR Yaris is an exclusive model from the limited series and is designed for scratches.

GR Yaris incorporates the diverse experience of the TOYOTA GAZOO Racing sports division in participating in the World Rally Championships. And it’s a special car in many ways – after a 20-year hiatus, the GR-FOUR all-wheel drive system has been specially developed for it, the car is equipped with the world’s most powerful 3-cylinder turbine engine, and the GR Yaris has an excellent power-to-weight ratio. , marketing manager of Tokvila.

Why was GR Yaris born?

The regulations of the World Rally Championship say that only cars made on the basis of standard, road-compatible models can compete in it. Of course, WRC class cars and standard cars have little in common, but on rally tracks we see models we can meet on the street as well. The regulation of the race requires a production of at least 25 thousand. units of cars to compete in the World Cup. This is called homologation.

That is why we do not see spacecraft of space design on the tracks, but racing cars made on the basis of everyday cars. Small hatchbacks are usually chosen for this purpose, as their short wheelbase and compact body allow them to create revolving cars. Still, Toyota has decided to go a step further and create a brand new car specifically for the World Rally Championship homologation. Thus was born GR Yaris.

Only lights, mirrors and multimedia are shared with the ordinary Yaris

The GR Yaris has the same wheelbase of 2,560 mm as the standard model, but is 55 mm longer, 60 mm wider and 45 mm lower. The sloping roof drops as much as 100 mm lower than the classic Yari. Can there be a little headroom in the back? Well, especially for this model, aerodynamics are more important and the roof is lowered so as not to block the flow of air to the giant spoiler to be attached to the rear of the race car.

The racing regulation also says that aerodynamic elements cannot be placed on the rear door. Thus GR Yaris remained two-way. The experts of the TOYOTA GAZOO Racing team have created a completely new body for this model. The carbon fiber roof and aluminum doors, bonnet and boot lid saved 24kg.

Hidden under the hood is a three-cylinder engine specifically designed for this model. The 1.6-liter single-turbine unit achieves 261 hp and 360 NM of torque. It sends power to all-wheel drive via a 6-speed manual transmission with short gears. The small hatchback has a top speed of 230 km / h and up to 100 km / h. speed that can accelerate in 5.2 seconds. on any road surface.

Specially designed for the GR Yaris, Toyota engineers have developed a completely new sports system with all-wheel drive GR-FOUR. Although lightweight, it is far from the simplest: the aluminum center gear distributes power between the front and rear axles in a ratio of 40:60 in normal mode. In sports mode 30 percent. power goes to the front axle, 70 to the rear, and the Track distributes power symmetrically, 50:50.

The optional package includes Torsen’s mechanical sliding differentials on the front and rear axles, as well as a sportier chassis and forged 18-inch BBS rims.

Interestingly, the GR Yaris is designed exclusively for dynamic driving, while the Normal, Sport and Track modes are designed only to change the power ratio. It is a purebred rally car, whose mechanical parking brake shuts off the rear derailleur when pulled and allows the side hatchback to be tilted to the side without releasing the accelerator pedal.

Toyota GR Yaris is manufactured in Japan, in a completely new line adapted to this model at the Motomachi factory. TOYOTA GAZOO Racing has selected the best masters from all Toyota departments, called Takumi, who are known for their exceptional skills. The price of the exclusive car starts from 31,900 Eur.