The largest technology exhibition of the year, CES 2021, held last week, traditionally showcased the most important technology trends of the year and presented innovations. The exhibition, which is usually held in Las Vegas and took place almost this year due to a pandemic, did not lack unexpected smart decisions, the media reported. 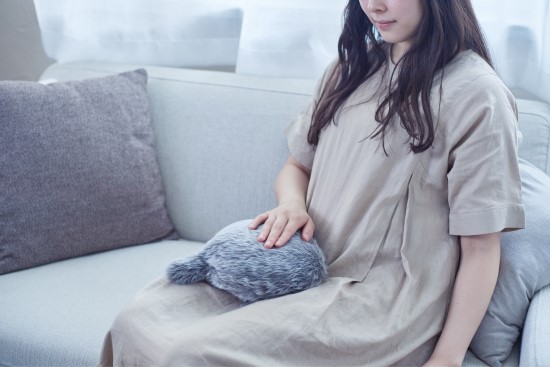 “Not only a lot of smart TVs, computers, phones or other electronic devices were seen at this year’s technology show – there was no lack of unexpected or even strange innovations. The companies participating in the show tried to surprise consumers with smart perfumes, lipsticks, animals and even luxury aircraft, ”says Martynas Vrubliauskas, a smart device expert and Bitė Profas.

L’Oreal’s innovation is a smart lipstick

“The unit itself is the size of a cup of coffee, so it won’t actually take up much space in the house. It contains liquids in three different shades, which you can control in a mobile app and extract many unique lipstick shades. The app can also create a rose color based on the color of your eyes and hair, combine it with accessories or nail color – the device will offer the most suitable shade “, explains Karitė Špiliauskas from Bitė Profas.

You will be able to buy smart lipstick as early as this spring.

Qoobo is a smart pet

The Japanese company also introduced another rather unusual smart device – a pet robot, which is supposed to replace therapy because it relieves stress and tension.

“In appearance, the robot is not very similar to a cat, it is more reminiscent of a pillow with a tail. The robot matches the weight and size of the average pet – to create the most realistic pet experience possible. When you stroke a robot – it starts wagging its tail, it also knows how to greet, ”explains Martynas Vrubliauskas from Bitė Profas.

The robot currently costs around 110 euros and could be a useful helper in a world affected by a pandemic, especially for lonely people.

Every year there are still horrific stories of children being left in cars in the heat. To prevent similar disasters, Filo developed the Tata Band bracelet which was presented at the CES 2021 technology show.

When the Bluetooth connection is lost, automatic alerts are sent to the user’s smartphone, and if the phone is turned off, alerts, along with Tata Band location information, are sent to predefined loved ones.

Bracelet maker Filo says the smart bracelet will soon be available in the US. It is not yet clear when it will arrive in Europe.

Zero is a smart perfume that you control through the app

The exhibition also presents the smart perfume “Nilu” which, according to the developers, aims to encourage the development of a greener perfume industry.

“Smart perfumes are three different fragrances in recycled glass bottles. You can control the intensity of fragrances using a specially designed application with a virtual assistant that will give suggestions and eventually remember a person’s choice. Specific mixtures of fragrances and names are already being developed in collaboration with the world’s most famous perfumers.” , says M. Vrubliauskas.

Introducing the aforementioned invention, the developer also emphasized sustainability: recycled glass is used to make perfume bottles, and plastic packaging is abandoned. It is not yet possible to order smart perfumes because neither the price nor the scents nor the final design have been approved. It is currently planned that the fundraising platform will start fundraising in March and production in the second half of the year.

ColdSnap – ice cream in a minute

“With the popularity of capsule coffee machines in the world, ice capsule machines have also appeared on the market. Ice cream maker ColdSnap stands out and outperforms its competitors in speed and convenience – it will make the ice cream you want in just 60 seconds. And not just ice cream. . “ColdSnap is also capable of serving cocktails, smoothies and iced coffees, and in the future, according to the manufacturer, consumers will have the opportunity to choose their own personalized recipes,” says Mantvydas Čiuplys of Bitė Profas.

Weighing in at almost 25kg, this ice cream machine scans the QR code on the ice cream capsule and selects the optimal cooling temperature, and the capsules are made of aluminum to make them easier to recycle.

Sales of the ice cream machine are planned to start in the second quarter of this year.

The Cadillac eVOLT aircraft is the traffic innovation of the future

Carmaker General Motors could also enter the electric aircraft market in the future with short videos and animations showing the Cadillac eVOLT aircraft at CES.

“This Cadillac is powered by a 90 kWh electric motor and can reach speeds of up to 100 km / h. The aircraft is equipped with four propellers, can take off or land in a vertical position and, like all future vehicles, is self-propelled,” says Martynas Vrubliauskas. from Bitė Profas.

It is not yet clear if General Motors has a working prototype aircraft and when it could reach consumers. From the photos it looks like it will be one drone for short city trips.